GUNMAKER CULPEPER PRECISION RELEASES GLOCK THAT LOOKS LIKE A LEGO TOY, WHY?

So I’m old enough that I remember having toy guns that looked totally real.  But then police killed a lot of kids, thinking their toy guns were real.  So then it was on to having the ends of the barrels being red.  But that didn’t work enough.  So then it was making toy guns look like toys, and nothing else.  So what the hell is the deal with Culpeper Precision, making a Glock handgun that looks like a Lego toy?  To ask what could go wrong is idiotic.  Who thought this was a good idea? Well, if you think there may be an agenda, you’re likely right.

WITH THE NAME BLOCK19, GUNMAKER CLEARLY KNOWS WHAT THEY ARE DOING WITH “TOY” GLOCK

So this is a customized gun, obviously.  It has the name Block19, an obvious combination of Glock and a Lego block.  Culpeper Precision has marketed the gun as one to “highlight the pure enjoyment of the shooting sports.”  Really?  The company’s messaging isn’t consistent, however.  In a statement, Cupleper Precision says they released this Block19 to show how guns are for everyone, and that “owning and shooting firearms responsibly is a really enjoyable activity.”  Ahem.  Ok.  But then on Instagram, they posted that this looks like a toy gun is “a tool to make the weak strong in the face of those who would oppress and maim.” Um, what?

LEGO COMPANY NOT HAPPY AT ALL, DEMANDS IMMEDIATE PRODUCTION HALT

So which is it?  If I had to hazard a guess, I’d say Culpeper Precision has a political beef.  But since they make guns, that’s hardly a surprise.  So we’ll just have to see where this goes.  Lego, a Danish company, isn’t happy at all.  They have demanded a halt to the production of the Block19 gun, which intentionally looks like it is made of Lego bricks.  So, as always, the convo about guns and gun rights is totally divisive.  But no one can really think that a gun that looks like a toy is a good thing?  Can they? Let’s just hope that no children die because of the Block19 stupidity. 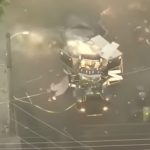 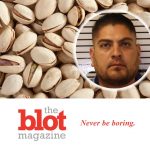