In recent years, a controversy over cilantro — the leafy part of the coriander plant — has developed. It’s used widely, both fresh and cooked, in cuisines ranging from Vietnamese to Mexican.

Some factions love it; culinary proponents can’t imagine their pho or guacamole without it. Others find it unbearable, however, claiming it tastes like shampoo or soap. In fact, they go practically purple prose on what many cooks find a bright, citrusy herb. There’s even an IHateCilantro.com page, where commenters have compared it to “crushed stink bugs,” “burned brake fluid” and “mule urine.” The word coriander, it also should be noted, stems from the ancient Greek koriannon, which is a hybrid of koris — a stinky bug — and annon, a fragrant anise. Coriander literally means, then, “a plant that smells like a bug.”

Such coriander leaf partisans include the late chef and cookbook author Julia Child, so you know it’s not nearly a whim; the woman had an impeccable palate, yet she claimed that, along with arugula, she’d pick cilantro out of whatever was served to her and throw it on the floor.

So what’s the reasoning behind such rabid dislike?

In 2010, The New York Times published a column on why cilantro haters couldn’t be held responsible for their personal taste. The fault, the author surmised, lay in the aldehydes, which are modified fat molecules similar to ones also found in soaps and lotions. In the piece, chemists and neuroscientists reasoned that some people’s brains retained a hunting-gathering mentality. They couldn’t distinguish between the olfactory threat that the aldehydes presented, hinting that an item was poisonous and not to be eaten, and the pleasing aroma of the aldehydes, signaling that a food was consumable.

Two years later, a new study confirmed that while “delayed evolution” was a valid theory, there was a little more to it. Nature reported that about 25,000 people tested in a survey led by the genetics firm 23andme had linked cilantro aversion to the gene OR6A2. This particular olfactory gene is one variant linked to cilantro’s perception, and there are two copies of it, which makes it even more complicated to trace definitively. Suffice to say, though, that if you think cilantro tastes like soap (or burned rubber or some kind of animal urine or a simile too unappealing to repeat here), there’s a good chance genetic mutation has been at play.

To date, these two tropes — paleo intuition and genetic variation — have been replayed everywhere from The Huffington Post to blogs on NPR.org whenever the subject of cilantro comes up.

Oddly, there’s a faction of people who feel just as strongly about saffron, but they’ve been flying under the epicurean radar. If you search online, you’ll find a couple of questions posed on food sites, such as on Chowhound (“Does saffron taste like plastic to anyone else?”) or Serious Eats (“Is it just me, or does saffron taste terrible?”). But there are no organized saffron splinter groups like there are cilantro cliques, posting hate messages about saffron or threatening to commit spicy crimes of passion. You won’t find much in the way of correct answers, either.

Indeed, many people who despise saffron have been left wondering why. My husband, Jon, is one of them. He has always disliked paella, which is cooked with this spice that is harvested from the flower of the Crocus sativus plant. True saffron looks like red threads — these are the dried stigmas of the flower — and cooks up into a yellow-reddish color. Given that it takes 75,000 saffron blossoms to create one pound of saffron, and it all has to be done by hand, saffron is considered an extravagance.

Not by Jon, of course, but we could never define why he was so unenthusiastic about it until we were dining at a Jean-Georges Vongerichten restaurant called the Matador Room in Miami recently. “I know what it is,” Jon exclaimed. “Saffron tastes like iodine.”

I blew on the steaming, light-yellow rice and sampled it again. “No, it doesn’t,” I said. I should know, after all; I’ve been a dining critic for 23 years. He’s a physician. He’d probably been smelling iodine in the hospital all day, and it had remained in his soft palate. Who knows? Maybe all of his food smells and tastes like iodine.

But he was insistent that the paella had a medicinal quality, and because we long ago figured out that Jon is a “supertaster” — he can discern flavors above and beyond what most people can, including metallic elements in spring water — I decided to indulge him. “Fine. Let’s Google it.”

He teases me for my tendency to do research for whenever I want to know something, especially when it’s at the dinner table, but in this case it hit pay dirt. I entered the key words “iodine” and “saffron” on a medical application, figuring that it would at least distract him from continuing to find fault with the finest paella I’d had in years. But to our mutual surprise, the answer that came up is that being able to detect the flavor of iodine in saffron is actually keyed into your genetic code.

The bitter truth about traits

Like detecting aldehydes, tasting bitterness in general is an inherited trait. Identifying it is linked to the naturally occurring chemical phenylthiocarbamide (PTC), which was discovered in 1931 by DuPont chemist Arthur Fox. He perceived, after an accident with the substance, that some people in the lab could detect its presence in the air and others couldn’t. After he did trials among family and friends, scientists replicated his results and determined that tasting PTC was such a strong indication of genetics that it could be used to rule out paternity. This, of course, was before DNA testing became a thing.

Today, the Journal of Natural Science, Biology and Medicine notes that “Bitter-taste perception for PTC is a classically variable trait both within and between human populations. Many studies have reported that in world population, approximately 30% of them are PTC non-tasters and 70% are tasters.” A Smithsonian Magazine article called “The Genetics of Taste” adds that while this trait is coded onto a single gene, it further differentiates itself into two common and five rare forms. Thus the gene creates multiple variations of itself that are subsequently passed on. And one of these variants is responsible for whose palate interprets saffron as a medicinal menace rather than a luxury flavoring.

The good news is that once you figure out that that these both of these interpretations are genetic perceptions, you can change them. For cilantro, start by reducing the herb’s potency. Cook it thoroughly instead of eating it fresh or barely heated to limit aromatic exposure. Combine it with other ingredients or make a pesto or a salsa or a marinade.

For saffron, it’s a little trickier. While frequently employed as a flavoring agent, the Crocus sativus stigmas are also made into supplements to treat everything from menstrual cramps to alopecia. In fact, saffron has such a range of medicinal properties that humans have used it for asthma, whooping cough, hardening of the arteries, heartburn, infertility and premature ejaculation.

Coriander, too, has benefits that help reduce inflammation and blood sugar. It’s used to treat a host of digestive and urinary tract symptoms. With its leaves often distilled into an oil, it can be a blood-thinning agent and an analgesic.

So if you prefer to treat yourself holistically, it may be worth acclimating yourself to both saffron and cilantro.

Still, even if you’re completely devoted to Western medicine and have no interest in pho, guacamole or paella, you may want to consider learning to tame your taste buds and appreciate both the herb and the spice — because they are both, supposedly, powerful aphrodisiacs. And it’s pretty darn hard to seduce someone with a dish made with either one of them while your genetic code is insisting that you spit it out. 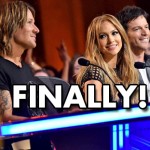 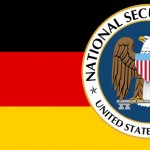