Attention Republican Hill Staffers. Here’s a tip: When choosing someone to have an affair with, steer clear of vindictive ex-porn stars. This week, Adam Kuhn, chief of staff to Congressman Steve Stivers (R-Ohio/Embarrassed) was forced for resign after his ex-lover, Jennifer Allbaugh, who also happens to be an ex-porn star, posted an explicit photo of Kuhn on Twitter. And by explicit, I mean Allbaugh posted a picture of Kuhn’s penis. And by posting it on Twitter, Allbaugh tweeted the photo at Congressman Stivers. Ouch. The tweet has since been deleted. But why did she do it? Kuhn and Allbaugh, who is married and not to Kuhn suffice it to say, had a bit of a romance going on when Kuhn decided to end things. This did not sit well with Allbaugh, who goes by the name Ruby Adultstar on Twitter. See her page here: 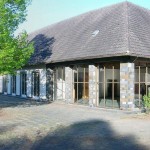 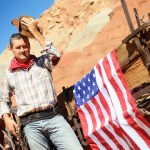