Mohamed Fahmy, one of three Al Jazeera journalists who spent more than 400 days in an Egyptian jail, has criticized his employer for not doing enough to secure his immediate release.

In an interview with the CBC News investigative program “The Fifth Estate” on Friday, Fahmy said Al Jazeera’s “epic incompetence” led him and two colleagues — Al Jazeera English correspondent Peter Greste and producer Baher Mohamed — to be sentenced to prison for more than seven years in a terrorism case that many human-rights organizations called a sham.

Al Jazeera is owned and financed by the government of Qatar. Although Al Jazeera maintains its editorial independence, the government has long been a supporter of the Muslim Brotherhood, a political party that rose to power in Egypt following the overthrow of former president Hosni Mubarak in 2011.

The Egyptian government ordered the shutdown of Al Jazeera Mubasher Misr, an Arabic-language news channel targeted at Egypt that was affiliated, but separate from, Al Jazeera’s other regional channels (Al Jazeera shut down the channel entirely last year). In December 2013, Fahmy and Greste were arrested at the Marriott Hotel where Al Jazeera English had been broadcasting following a raid on the network’s Cairo offices. They were sentenced to prison last year.

Before the arrests, Fahmy said he sent multiple e-mails to management at Al Jazeera warning them that the safety of the journalists were in jeopardy — specifically, that some Al Jazeera reporters were working without proper accreditation required in Egypt and that some Al Jazeera English-produced news stories were being aired on the banned Al Jazeera Mubasher Misr channel.

“I was fuming,” Fahmy said when he saw his news stories aired on the banned channel. “There was something that could harm us.”

“You wouldn’t take an entire package from one of the other network channels and simply copy-paste it onto your own channel,” Anstey told the CBC in a separate interview. “There may be a sharing of content across the network, and that’s absolutely right. But that doesn’t mean that, therefore, there is a direct copy-paste from one channel to the other.”

Fahmy said that, coupled with a $150 million lawsuit launched by Al Jazeera against the government of Egypt, exacerbated tensions between the two governments that ultimately led to a conviction on terrorism charges.

“It’s putting the story ahead of the journalists,” Fahmy said. “When you’re in a country and you’re told you’re not welcome, the least you could do is to try to resolve the situation or just leave.”

During the trial, Al Jazeera assembled a legal team for the three journalists. Unimpressed with his legal representation, Fahmy hired human rights lawyer Amal Clooney, the wife of actor George Clooney. His legal bills, which have climbed into to tens of thousands of dollars, have been entirely paid by him and his family after Al Jazeera refused to compensate him for separate representation.

“[He] has decided he wants his own lawyer,” Anstey said. “We have continued to support [him] and his family throughout, and we will continue to do so.”

This week, a re-trial is scheduled to begin for Fahmy and his two Al Jazeera colleagues. The new trial will start without Greste, who took advantage of a presidential decree to be deported from the country earlier this month. Fahmy, who holds dual citizenship in Canada and Egypt, qualifies for the same deportation arrangement if he agrees to renounce his Egyptian citizenship. His colleague Mohamed is a full Egyptian citizen and does not qualify for deportation.

Fahmy, who has yet to take advantage of the deportation decree, is determined not to return to jail, but says he has little faith he will be acquitted because “Al Jazeera remains, in the eyes of the Egyptians, as public enemy number one.

“It’d be very naïve for anyone to believe that we are going to be acquitted,” he said. “Of course we want to be exonerated, but I don’t see it happening.” 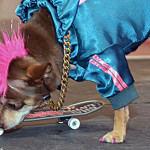 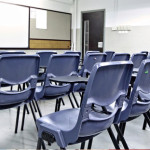