On Monday, the St. Louis County prosecutor announced that a grand jury had decided not to return a bill of indictment against a white police officer who fatally shot an unarmed black teenager in August.

The announcement from prosecutor Robert McCulloch triggered renewed outrage in the St. Louis suburb of Ferguson and across the nation three months after police officer Darren Wilson shot 18-year-old Michael Brown Jr. during a confrontation in front of an apartment complex.

Shortly after the shooting, the grand jury was tasked with deciding whether or not Wilson would face any charges in connection with Brown’s death. The decision announced on Monday was hardly a surprise — many had speculated that the grand jury would not indict Wilson, and even more correctly predicted that the failure to return a true bill would prompt a fresh wave of unrest from the midwest to both coasts.

In an unusual turn of events, the St. Louis County Prosecutor’s Office released to the media a trove of evidence considered by the grand jury, along with transcripts of the grand jury’s hearings over the past three months (both are typically sequestered from public view).  The evidence offers new insight into what happened on Aug. 9 when Wilson shot Brown, along with the investigatory process that led the grand jury to decide against charging the officer in the incident.

As many news organizations have done, TheBlot Magazine has pored over the thousands of pages of documents over the past two days. Here are some notable takeaways from the evidence:

1. Wilson refused to carry a stun gun while on duty

The grand jury heard direct testimony from Wilson on Sept. 16, captured in more than 80 pages of transcripts released on Monday. During his testimony, Wilson acknowledged that the Ferguson Police Department usually had at least one Taser available for him to use, but he refused to carry one because “it is not the most comfortable thing.”

“We (the police department) only have a select amount,” Wilson said. “I usually elect not to carry one … I don’t have a lot of room in the front for it to be positioned.”

2. Wilson did have several other non-lethal weapons on him

The day Wilson fatally shot Brown, he had at least three other non-lethal weapons at his disposal: A flashlight, an extended baton and a canister of mace.

Wilson explained to the grand jury his reason for not using any of the three non-lethal weapons: The flashlight was on the passenger side of his patrol vehicle, which was out of reach when he struggled with Brown in the front of his car. The extended baton was out of reach for much of the same reason.

As for the mace, Wilson admitted it was within his reach, but said he didn’t want to use it because Brown was shielding his face with his hand, making it likely both Brown and the officer would be hit by pepper spray if Wilson deployed it.

“I wear contacts,” Wilson said. “If that touches any part of my eyes, then I can’t see at all.”

For those reasons, Wilson asserted the only weapon that was available to him was his firearm.

3. Wilson emptied an entire magazine when he shot at Brown

Crime scene reports released on Monday reveal that 12 spent bullet casings were recovered from the scene where Wilson fatally shot Brown. Wilson acknowledged to the grand jury that his weapon — a .40-caliber Sig Sauer handgun — could hold 12 rounds in each magazine (of which Wilson had three that day). The crime scene report indicates that Wilson unloaded an entire magazine when he shot at Brown on Aug. 9.

Of the 12 rounds fired, five were recovered from Brown’s body, including one that struck Brown directly in the head.

In an interview with a St. Louis County detective following the shooting, and again in front of the grand jury the following month, Wilson said he initially refused to go to the hospital after his confrontation with Brown, telling his fellow officers and his commander that he felt “fine.”

Despite this, his commander decided Wilson would be checked out by a local hospital. A doctor took several photographs of superficial injuries Wilson sustained during the struggle, including some scratches that appeared on the back of his neck and minor bruising to his right cheek.

A doctor diagnosed Wilson with a “facial contusion” — the medical term for a face bruise — and released him from the hospital.

The diagnosis was consistent with what a prosecutor told reporters one week after the incident — that Wilson was “hit” and that the side of his face was “swollen” — but it debunks reports that surfaced suggesting Wilson had suffered a fractured eye socket.

5. An investigator tasked with photographing the scene didn’t take pictures of Brown’s body

When dispatched, medical investigators are tasked with creating crime scene reports and photographing the entire scene where a person has been shot or otherwise injured to the point of death. Immediately following Wilson’s shooting of Brown, a medical examiner was dispatched to the scene — but he failed to take photographs of Brown’s body because the batteries in his camera had died.

St. Louis County detectives did photograph Brown’s body at the direction of the medical investigator, but it’s unclear if a pathologist tasked with conducting an autopsy on Brown’s body ever received the photographs, according to the investigator’s grand jury testimony.

In late October, Google sent detectives a five-page summary in response to the subpoenas. The grand jury material released on Monday doesn’t indicate what was in the summary, nor is it clear if those videos were ever screened by the grand jury itself.

Two other pages in the investigative report reveal more than 80 people were singled out by detectives as “persons of interest.” Detectives ran a series of “computer searches” on these individuals, including a search of various Facebook and Twitter profiles. Detectives also singled out anonymous eyewitnesses in at least two news reports filed by The New York Times and Vice News respectively.

7. Eyewitnesses changed their stories about what happened the day of the shooting

At least two eyewitnesses who described what happened on Aug. 9 recanted their statements when placed in front of the grand jury.

One witness told investigators she had seen Brown put his hands up in the air just before Wilson fired on the teenager. She later told the grand jury she had not seen the incident at all — instead, she relayed to investigators a version of events that her boyfriend had described.

“I just wanted to be a part of something and tell them what my boyfriend said,” the woman said. “I didn’t want to say nothing, because I knew I really didn’t see it.”

Another witness “pretty much acknowledged they saw parts and made up other parts of it,” McCulloch said at a press briefing, though it was unclear which witness he was referring to or what the untrue events were.

8. The confusing evidence and ever-changing eyewitness testimonies made it very unlikely Wilson would have been charged

It’s long been said that any prosecutor could persuade a grand jury to indict a ham sandwich — a testament to the sheer amount of prosecutorial discretion afforded during the secretive legal process. But that is, of course, assuming a prosecutor wants a grand jury to charge an individual with wrongdoing.

In this case, it seemed unlikely. Most of the evidence presented before the grand jury seemed to favor Wilson rather than work against him. That fact was not lost on the National Bar Association, which released a terse statement following the announcement of the grand jury’s decision on Monday.

The Department of Justice has launched a civil rights investigation into the fatal shooting. In order for Wilson to be charged, federal prosecutors must prove that the officer targeted Brown solely on his race — a higher burden than one that was placed on the grand jury, and one that seems unlikely to be met. 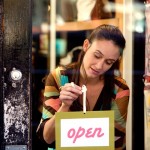 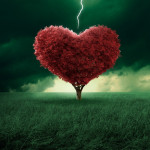