Watch out Food critics! The government may be after you for criticizing their food offerings.

Want to know what’s in your food? It’s harder to find out than you think — and the giant food industries of America like it that way.

Thirteen states have so-called “food libel laws” that, in principal, are designed to protect the agriculture industry from profit losses that arise from false claims. But as designed, the libel laws actually protect corporate interests from facing undesired criticism involving their use of factory-like cultivation methods when growing crops and raising animals.

Many of the corporations that own or have contracts with assembly-line farms don’t want you to know that the produce they grow are genetically modified organisms (GMOs) that have been altered to grow faster and bigger than conventional (read: natural) crops, or that animals — notably cattle and poultry — are injected with growth hormones intended to make certain parts of their body grow faster and bigger, a practice that is widespread but one that hasn’t been conclusively determined to be safe.

Food libel laws are so strong and so problematic that even the fiercest critics of large corporations are afraid of speaking out about the potential harms of their practices. For years, Barbara Kowalcyk urged members of Congress to pass a law that would give the U.S. Department of Agriculture the power to shut down meat-processing plants at the center of bacterial outbreaks. But Kowalcyk, whose 2-year-old son Kevin was killed by a strand of E. coli after eating a cheeseburger, wouldn’t criticize the industry on-camera when interviewed for the 2009 Oscar-nominated documentary “Food, Inc.”, citing strong food libel laws.

That fear isn’t unjustified: In 1989, the CBS newsmagazine program “60 Minutes” aired a report that centered on a chemical used in the apple industry called Alar. The chemical, known as a daminozide, is sprayed on the outside of apples to keep the fruit from falling off a tree while it is ripening. The chemical had been used for decades, even though scientific studies had shown that Alar caused cancerous tumor growths in laboratory animals. After the segment aired, the company that manufactured Alar announced it would stop providing it for use. A short time later, the U.S. Environmental Protection Agency (EPA) banned Alar outright.

Apple growers in Washington state were not happy with CBS’ investigative journalism. The state’s apple industry filed a libel suit against CBS alleging the network was responsible for upward of $100 million in lost sales. CBS ultimately won the suit, but only after six years of litigation.

The case was enough for the agriculture industry to drum up enough support for 13 states to pass food libel laws. Washington state was not one of them.

But the same isn’t true for Texas, where cattle farmers sued talk show host Oprah Winfrey in the mid-1990s after she exclaimed on her show that an expert’s revelation about mad cow disease — that 100,000 cows were infected with it annually in the United States at the time — was enough for her to never want to eat another burger in her life.

According to PBS “NewsHour,” sales of beef products took a dive shortly after the broadcast, something that cattle ranchers blamed on Winfrey. Cattlemen claimed more than $12 million in damages. After six years of litigation, Winfrey emerged victorious.

Of course, CBS and Winfrey have the money to hire the best attorneys to litigate these issues, and for lengthy periods of time. Independent journalists and small-town newspapers — many of which operate in states that have libel laws — do not have such money or manpower, which could explain why investigative reporting on the standards and practices of America’s large corporations is scarce — and whistleblowers scarcer.

Here are the 13 states with food libel laws on the books, as well as the large corporations that operate within (which should not be taken as an implication that any of the companies have done, or have been accused of, any wrongdoing). All of the laws were passed between 1991 and 1997:

• Alabama: The state prohibits the claim that food is unsafe for human consumption unless that claim is backed by “reasonable and reliable scientific inquiry, facts, or data.” Though violation of the law is a civil offense, it is related to laws dealing with such things as “fraud, criminal mischief, criminal tampering with property, interruption of or impairing commerce and trade, unlawful trade practices, and property damage,” all of which carry stiff penalties. Alabama’s food libel law was passed in 1996. Keystone Foods, which supplies beef and chicken to McDonald’s, has two “protein processing plants” in Alabama.

• Arizona: The state prohibits “malicious public dissemination of false information” related to perishable foods. Any company that brings suit against an individual or group that makes such claims must prove that damage was caused by a person or group making remarks not backed by scientific data and that they “knows or should have known to be false.” Arizona’s libel law was passed in 1995. Nestle, Kraft, Proctor & Gamble, Frito-Lay (owned by PepsiCo) and Sara Lee (now part of Hillshire Brands) have operations in major Arizona cities.

• Colorado: The state is the only one to criminalize “knowingly to make any materially false statement” about food in such a way that it could cause damage to, or unfair advantage within, the food industry. Violators of Colorado’s libel law face up to one year imprisonment. Colorado’s food libel law was amended in 1994 and passed in 1996. There are 15,000 beef producers in the state. Schwan’s and the Iowa Steak Company are just some of the dozens of companies listed on Colorado’s master list of meat processors.

• Florida: Food companies that grow or do business in the state can seek compensatory and punitive damages from people or groups who knowingly publish or spread false, defamatory information about perishable products. Florida’s food libel law was passed in 1995. More than 1,100 growers belong to the co-op Florida’s Natural Growers, which makes products from citrus fruits (chiefly, orange juice). Simply Orange (owned by The Coca-Cola Company) imports oranges from some Florida growers for its juices, as does Tropicana (owned by PepsiCo).

• Georgia: The state’s legislative body passed a food libel law similar to those of other states after finding that “production of agricultural and aquacultural products and commodities constitutes an important and significant portion of the state economy.” It is one of the few states to acknowledged in its law that the statute is intended to “protect the vitality of the agricultural and aquacultural economy.” Georgia’s food libel law was passed in 1994. Georgia’s biggest agriculture business is poultry, and Tyson Foods, the world’s largest meat packer, operates two plants with thousands of employees in the state.

• Idaho: Like Georgia, Idaho’s statute plays up the importance of the state’s agriculture industry as a reason for needing a food libel law on the books. Idaho’s libel law was passed in 1992 and covers several industries in the state, including the famed potato business of which several growers have operations. Simplot, which operates the world’s largest dehydrating plant in Idaho, provides more than half of all french fries for McDonald’s. Simplot recently asked the USDA to approve its genetically-modified potato, leaving some to speculate if McDonald’s will soon start selling GMO french fries.

• Louisiana: The state’s statute served as an example for similar laws in Georgia and Idaho, charging anyone who knowingly makes false statements about perishable foods with a civil offense. Louisiana’s food libel law was passed in 1991 and is one of the earliest food libel laws on record. Many shellfish-processing plants are located in Louisiana, and the state is No. 1 in the production of crawfish, oysters and shrimp. More than one-quarter of all shellfish for sale in the United States comes from Louisiana.

• Mississippi: Food growers have one year to bring a case against individuals or groups who make false claims about agriculture practices in the state. Mississippi’s food libel law was passed in 1994. Kraft’s frozen pizza company, acquired by Nestle in 2010, operates in the state. Tyson Foods operates two food-processing plants, one animal nutrition center and one facility that is a hybrid of both.

• North Dakota: Corporations and individual food growers can sue based on remarks considered disparaging to their businesses — with a twist. If said remark affects both an individual grower or growers and a corporation, each can seek to collect damages individually instead of as a class. North Dakota passed its food libel law in 1997. Farmers in the state grow wheat, potatoes, durum (a kind of hard wheat used for pasta), corn and soybeans. The GMO giant Monsanto operates a research facility in the state.

• Oklahoma: The law allows food producers to collect damages for disparaging remarks, but unlike other laws, it does not expressly state a statute of limitations, instead tying the law into existing federal and state libel laws as well as Oklahoma’s Deceptive Trades Practices Act. The state’s food libel law was passed in 1994. Tyson Foods operates a processing plant in southeastern Oklahoma, and baker Grupo Bimbo operated in Oklahoma City until 2011.

• Texas: The state’s law makes an unusual exception stating food processors are not liable for making false statements if they mislabel products as “organic” or grown without the use of a “synthetic drug or additive.” The state’s food libel law was passed in 1995. Texas’ chief agriculture product is cattle, though farmers also harvest soybeans, corn, melons, peanuts and cotton. Most of the country’s top food processors have operations somewhere in the state.

• South Dakota: The state’s law criminalizes false statements made about the safety of perishable food as well as remarks made about “generally accepted agricultural and management practices” related to “tillage options, fertilizers, crop protection practices for crop production, and the feeding, transporting, housing, and health practices for livestock.” South Dakota’s food libel law was passed in 1994. The world’s largest meat-processing company and the second-largest food processor in America, Tyson Fresh Meats (a subsidiary of Tyson Foods), is headquartered in the state. 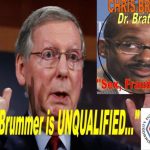