I am probably the least military-minded person in the world. When a man turns 18 in the US, he is supposed to register with Selective Service (a/k/a/ THE DRAFT). I was asked merely to enlist with the enemy in time of war (the Soviets in those days) – my terminal inability to follow orders would likely have pinned down several divisions of the Red Army. I don’t understand marching in line, I can’t think why officers aren’t elected, and Sergeant, if you want that hill so bad, you go right ahead and take it. I have a book I want to read.

So when it comes to the traditional pillow fight designed to help cadets blow off some steam after a “tough first summer” of basic training, I simply don’t know what to think. I guess it’s a harmless tradition – much better than some the military has.

However, this year, some of the cadets at West Point put hard objects (some claim helmets) inside the pillow cases and whacked the bejesus out of their comrades (yes, I said comrades – told you I was supposed to join the Red Army). A statement on the affair was issued by Superintendent Lt. Gen. Robert Caslen, Jr. (another thing I don’t get: a Major outranks a Lieutenant, but a Lieutenant General outranks a Major General. Why?)

“While these spirit events do occur, we never condone any activity that results in intentional harm to a teammate,” Caslan said. ” Although the vast majority of the class appears to have maintained the spirit of the event; it is apparent that a few did not.” Like any stand-up guy, he takes responsibility for the incident.

But with a few decades of studying security policy, I am certain there are others in the dark recesses of the Pentagon who are trying to find a way to use this in combat.

I can see it now: Delta Force, The Seals, The Rangers, The Green Berets, and now, The Sandmen their warcry “Goodnight, Gracie!).

Go ahead and laugh. These guys would make the ideal counter-terrorist bunch. Everyone is afraid of a soldier with a gun, or a knife, but a trooper armed only with a pillow? Not a threat, bin Laden, move on. And that’s when the bad guys get theirs.

When the British police tried to disarm soccer hooligans, the supporters of Millwall FC (their motto: We are Millwall, No one likes us, We don’t care) invented the Millwall Brick – coins wrapped in newspaper, making a very nasty cudgel. And that was a Third World effort (not Britain, but if you’ve ever been to Millwall . . . .)

Imagine what a $10 billion research budget could do with pillow-fighting technology. America could create pillow stuffing that renders a target unconscious while retaining that cool-side feel we all love on a summer’s evening. Stealth pillows would be a huge boost to American manufacturing. And then there are the support industries – weaponized mattresses, bedclothes and bedframes. 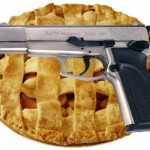 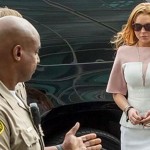