Birth rates for women under 30 in the United States have hit an all-time low, according to a study from the Centers for Disease Control and Prevention. While young women continue to wait longer to have children, the birth rate increased for those 30 and over.

Released last week, the report found there were 3.93 million births in 2013, down less than one percent compared to 2012, and nine percent from 2007, the sixth straight year the birth rate declined, the found.

The CDC study contained data from the Natality Data File from the National Vital Statistics System. The vital statistics Natality File is based on information derived from birth certificates and includes information for all births occurring in the United States.

Many reasons — careers, the cost of living, economic insecurity and unemployment — help explain the decline, according to a 2012 fact sheet from the Population Reference Bureau.

Women are generally choosing to wait to have children over the last 30 years, and many are not starting families until into their 30s or above. Birth rates for women 35 and over are at the highest level in almost 50 years.

Though childbearing is in decline overall, more babies are likely than ever to survive birth and are less likely to be born prematurely, which points to recent progress in improving pregnancy survival rates.

By U.S. state, California, New Mexico and Colorado are among those with declines of 15 percent or more; New York, Texas and Washington experienced drops of between 10 and 14 percent, and Virginia, Ohio, Michigan, Wisconsin and Minnesota saw five to nine percent declines. 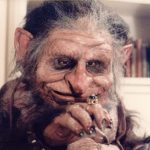 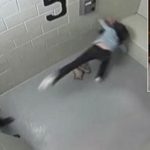