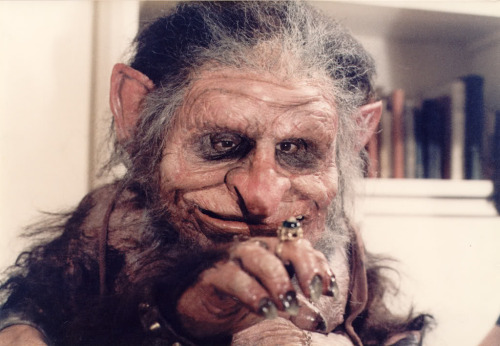 Holiday is here again. The only way to combat the onslaught of fake holiday euphoria that hits us like an avalanche every year is with pure hate. So instead of watching “Miracle On 34th Street” in between cute trips to Macy’s Santaland, I’ll be feasting on these 10 works of utter horror and disgust and feeling better about everything.

Enjoy these cinematic bouts of spiked eggnog along with me, and we might just make it through New Year’s, the happiest holiday of a year.

Pasolini’s reworking of the de Sade novel is wildly sensational stuff, with Italian dignitaries in 1944 telling outrageous tales of degradation, rape, scalping and other horrifying brutalities. It’s all rather graphic and in your face, the kind of thing you’ll watch with one eye shut and the other one glancing down at your vomit trail. Happy holidays!

Vengeance has never been more sick than in this backatcha classic about taking the law into one’s own grubby hands. Working stiff Charles Bronson plays an architect whose wife and daughter have been raped and assaulted, the wife dying and the daughter becoming incapacitated. Bronson’s character becomes so enraged that he turns into a one-man vigilante squad, relentlessly going after bad guys and looking for blood. (One of them, a no-goodnik named “Freak #1”, is played by Jeff Goldblum in his first role. He ended up faring better than his character.) The film cannily taps into an extremely base feeling from an audience longing for a return to the Wild West, though critics noted that it’s more of a dark comedy than anything else. Either way, it’s not exactly like “walking through a winter wonderland …”

Death is in the air in this Ingmar Bergman classic in which a woman is tragically croaking as her sisters and a servant watch and fret and talk a lot. The clock ticks ominously, providing the soundtrack of doom, and the ladies gab and gab and gab, in between the maddening ticking sound and/or silence. You’ll long for razzleberry dressing.

One of the most eye-popping movies ever made, Gaspar Noe’s shocker has Monica Bellucci as a woman who’s viciously raped and beaten, only to have men in her life exact equally extreme revenge. Told in reverse order, the movie is repugnant and hard to stomach, but I forced myself and found it original and profound. It’s a long way from “Christmas in Connecticut,” that’s for sure.

A holiday favorite. A classic noir that derived from a Billy Wilder/Raymond Chandler collaboration, this is a cookie laced with arsenic, and just the kind of acerbic ickiness we need right now. Fred MacMurray is an insurance salesman who’s goaded into a crime scheme by the alluring Barbara Stanwyck, who just can’t wait to knock off her hubby and cash in the chips. It’s all just so deliciously sordid, especially when you start to develop feelings for those two vermin. Feliz navidad!

A holiday favorite. This low-level horror comedy (at times even intentionally so) brings together a bizarre cast including Michael Moriarty, Shelley Hack, Sonny Bono, June Lockhart, and Julia Louis-Dreyfus for a story of troll-possession, which ends up affecting the whole damned neighborhood. It isn’t even all that hateful, but it’s so off the radar and unnecessary and forgotten that I happen to love it for Christmas, wrapped up in a big bow made of toilet paper.

It doesn’t get any more hateful than this battle of wills between a teen drummer who’s given up his friends, dropped his girlfriend and started being mean to his family, all in the pursuit of music, versus his instructor, a sadistic drill sergeant who throws chairs at your head, manipulates personal information against you and tricks you into public humiliation. To me, it’s so much more delightful than, say, “Santa Claus Conquers The Martians.”

Leonard Maltin, take it away: “Travelers in rural Texas encounter a crazed family of bizarros who have a committed though unusual sense of what cuts of meat you need for good barbecue. Sweat inducing, claustrophobic, unrelenting … and nowhere near as violent as it’s reputed to be.” Less is more in this classic lowbrow scarefest, never to be surpassed, especially when filmmakers started going increasingly over-the-top to aim for jolt effects. Just give in and let Leatherface be your Santa.

Poor Annabella Sciorra is slow to realize that her baby’s new nanny, the lovely Rebecca De Mornay, is actually a psycho out to seek vicious revenge on her family. This one borrows from a lot of shockers before it, but it’s damned good fun, at least until the overdone climax takes it from psychological thriller to cheesy gorefest. Julianne Moore steals the film in a supporting role; “Cradle” propelled her to stardom.

A holiday delight. Oh, sure, Charlie wins the golden ticket and gets a tour of Willy’s candy factory, and there are some nice messages about “pure imagination” and such, but has there ever been a children’s film with such a wonderfully sour edge to it? The other winning kids all turn out to be hideous brats, and in a series of divinely wry set pieces, each one gets his/her comeuppance in a rather delectable way. (For example: One girl is turned into a blueberry while one of her cohorts is sent to the fudge factory. As for the others, well, check it out. It’s scarifying.) The offhand manner in which the brilliant Gene Wilder caries off his anti-brat justice is creepily effective, more so than Johnny Depp in the remake. (Depp was visibly trying for weirdness, whereas Wilder effortlessly embodied it.) See this on a double bill with “A Clockwork Orange,” and it will be your golden ticket to angst joy. 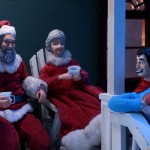 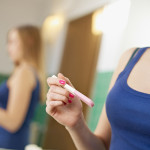