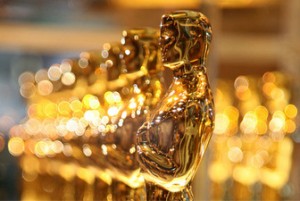 The Oscars night is coming to 2016. Who are the winners and which ones are the must see movies? These are some amazing Oscars predictions and reviews.

“Girlfriend, there’s a lot of shit going on in the world that you all don’t seem to recognize,” Janet (“Aunt Viv”) Hubert said in a video addressed to Jada Pickett Smith. “People are dying,” Hubert exclaimed. “Our boys are being shot left and right. People are hungry. … And you talkin’ ’bout some muthafuckin’ actors.”

Hubert was criticizing Pickett Smith’s decision to boycott the Oscars due to its failure to recognize performances by actors of color for the second year in a row.  Director Spike Lee has joined the boycott, and Michael Moore has stated that he is happy to join. When asked, George Clooney chimed in, saying that the problem isn’t the Academy but goes deeper, because there’s an overall “lack of roles” for actors of color.

Others were on Hubert’s side. “Boycotting does not work,” Oscar winner Whoopie Goldberg exclaimed, adding that it’s a “slap in the face” to the scheduled host, comedian Chris Rock. On Fox & Friends this morning, Stacy Dash agreed that a boycott was wrong, though her reasoning was perplexing at best. “Segregation or integration?” she rhetorically asked host Steve Doocy. She concluded: “There should not be a Black History month. We’re Americans, period.” Following Dash’s segment, Doocy asked Donald Trump his opinion about the Oscar boycott. Trump said: “I think if would be nice if everyone could be represented properly.” But “it’s a difficult situation,” Trump kept repeating. “A difficult situation.”

Trump doesn’t think that Chris Rock should boycott the Oscars but use his platform to “shake it up.” I agree, because actors powerful enough to be invited to the ceremony have an opportunity to publicly shape the narrative, to speak out while confronting the problem from within. Instead, I think that audiences should refuse to watch the Oscars.

Audiences should turn off all of it, from red carpet previews to the closing musical number. “For the academy, cultural relevance is more than a perception issue, it’s a business one,” the Los Angeles Times noted. “The bulk of the organization’s budget comes from sales of the TV rights to the telecast, and if a sizable amount of the audience sits the show out, the effects could be lasting.”

By boycotting the televised Oscar ceremony, audiences can show that they know that their movie dollars are supporting institutional racism. By turning it off, they can say no more. An audience boycott places responsibility on the executives running the industry, while avoiding unduly penalizing actors who are effectively at-will employees. For most actors are not movie stars but people earning a paycheck in a very particular way. Acting is a job, films are an industry, and a lot of money is at stake. Nothing will change until audiences stop rewarding the system.

Yes, the Oscars are utterly trivial when set against the panoramic horror of human suffering in this world. Yet they also matter, because the controversy has helped illuminate how institutional inequalities work to foster those deep wells of human pain while pretending they’ve got nothing to do with it. These systems are protected by laws and driven by economics. It’s about who gets cut off from work, how jobs are generated, and where the power actually lies. For despite having a thoughtful black president promising hope and change, the Academy remains nearly entirely composed of white men stuck in their ways who say one thing and do another. Sound familiar?

Movie lovers who care about diversity in representation should collectively turn their backs on Oscar Night and watch something else that doesn’t replicate the institutional values of Old White Men. Let’s call it #NotOscarNite. And instead of driving up box office for the Best Pictures nominated this year, here is is a list of five suggested alternatives

Instead of “The Revenant,” watch “Touching the Void,” 2003. It’s a hybrid documentary based on the true story of a mountain climber who decides to ascend an unclimbable peak in the Peruvian Andes, falls and breaks his leg, and proceeds to keep falling off cliffs as he drags himself along across incredibly harsh terrain, surrounded by nature’s glorious beauty. He has a nemesis, too: his climbing partner, a man who suffers on a different plane because he has a conscience.

Instead of “Brooklyn,” watch “Under the Skin,” 2013. In addition to featuring naked Scarlett Johansson, and scenes of her driving around in real life to pick up baffled men off the street, this weird, subversive film can be understood as an allegory about trying to “pass” as an undocumented immigrant of color. Her life is violent, strange, and ugly, and when she gets exposed for what she truly is–alien and black–this sci-fi film gets real about life on this planet.

Instead of “The Big Short,” watch Terry Gilliam’s “The Adventures of Baron Munchausen,” 1988. Why? Because it’s the fable of four characters who understand that fantasies can be more powerful than reality. Munchausen was a real historical figure known for telling lies. His story is a cautionary tale reminding us that bullshit artists have always been able to sell anything, even when sporting odd costumes and weird haircuts.

Instead of “Mad Max: Fury Road,” watch “Mustang.” It’s up for Best Foreign Film at this year’s Oscars, but “Son of Saul” will win, meaning most viewers will never hear about the other nominees again. Directed by Deniz Gamze Ergüven, this French-Turkish offering tells the story of five unwilling brides who are struggling to escape from captivity. If their prison happens to be metaphorical, its confines are no less real and heart-wrenching. There’s sex, violence, and hella strong girls who are also stunningly beautiful. If “Mustang” isn’t playing in a theater near you, watch the CGI-free, original “Mad Max,” 1979, starring the hella strong, stunningly beautiful Mel Gibson.

That still leaves “The Martian,” “Bridge of Spies,” and “Room.” I invite you to come up with your own substitutions featuring unique stories, female directors, women characters who pass the Bechdel test, and/or leading characters of color. And happy #NotOscarNite! 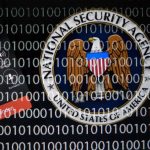