While there’s a bit of debate among some as to the pros and cons of an open office plan and how it affects employee morale and work efficiency, at the end of the day, at least we get to maintenance a modicum of privacy and keep our clothes on. Right? It’s not like anyone is asking us, the poor workers, to bare everything, literal warts (I hope not), freckles, birthmarks and all in front of our respective coworkers in the name of promoting greater transparency.

Well, if you happened to work at the San Francisco-based (where else?) media company The Bold Italic during its month-long naked work experiment, any claims to bashfulness or body-image concerns would have had to been quickly set aside. Casual Fridays must have meant wearing a pair of socks, I guess, because every other item of clothing had to go.

That’s right. Naked people everywhere. Birthday suits galore was the norm when The Bold Italic (sadly, a company, according to its website, that has recently “ceased operations”) decided to go clothes-free for a full 30 days. According to the company’s blog (still online as of this writing), clothing is “the last obstruction to the truly perfected working environment.” The logic behind that statement stems from the fact that, when asked, people who work from home claim that they’re more comfortable because they can let everything hang out (again, literally) since they don’t have to worry about dressing up and heading into work.

Sure, this type of experiment could have merely been a publicity stunt. Some folks in the office were worried about all of that nakedness. One staunchly refused to participate at all (but took photos), while others eventually overcame the awkward realization that bits and bobs were jiggling all over the place. Over time, it seems, the bulk of the would-be office nudists got comfortable in their very exposed skin.

Of course, if you work in an office with a piss-poor heating system, tons of client visits or coworkers with questionable hygiene routines — or who perhaps suffer from hyperhidrosis (excessive sweating) — a naked office might not be for you. When the communal sofa becomes a slip-and-slide perfumed with a faint hint of sweat and urine, you know it’s time for someone to don a pair of boxer shorts at the very least.

8 Traits of Successful People from around the World

Also, considering how often most of us think about sex, workplace erections must have been a definitive no-no as well. Erect nipples can be explained away by a slight breeze, but not so for the unwelcomed chubby. Better stop fantasying about your celebrity crushes while typing away on your keyboard.

On the plus side, if you ever do go the nude, open-office route like The Bold Italic, you’ll save a lot of money and time by not having to buy fancy clothing ensembles. Simply show up in a pair of sweats, strip down and go about your daily routine. Work reviews might become a little more awkward with your supervisors’ junk (if a man) staring you right in the face — but if you get fed up with your career, decide to quit and tell your boss where he or she can stick this job, you’ll both be very clear about how exposed and vulnerable that lack-of-sunshine location happens to be. 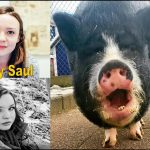 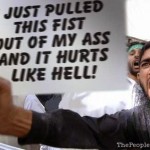