Pictures from space provided by NASA can see the future of precipitation and temperature though the year 2100.

Following the wettest May ever recorded in the lower 48 states and the wettest month for the continental U.S. dating back to 1895, NASA also recently released its global climate change projections based on historical measurements from 1950 through the close of the century. Due to carbon dioxide emissions and the buildup of greenhouse gases in Earth’s atmosphere, the detailed climate projections were produced in response to different scenarios of the increasing temperatures and rainfall on the planet.

The space agency released the projections through NASA Earth Exchange (NEX), a data dissemination and compilation platform. The projections integrate actual measurements from around the world and simulate future conditions based on climate models.

Climate and weather, though each describes some of the same phenomena, are quite different. Climate is a study of how the atmosphere behaves over a long term, while weather is an exploration of conditions in Earth’s top layer over a short period. These may overlap, but with its projections, NASA has produced climate change analysis.

Long-term climate models that incorporate images from space are one of the best tools available for making the case that human activity has altered the planet’s temperature balance and precipitation patterns and for convincing those who would stick their heads in the ground that global climate change is real. Rational scientists without an agenda from all over the planet have come to the conclusion that it is a real threat, and projections help societies plan for its probable impacts on agriculture, sea level, temperature and precipitation.

Read more: Deal with Global Warming — Or Get Ready for a Never-Ending Swim

Recently Oklahoma, Texas and states in the Southern plains experienced severe weather that made many parts impassable. Both states recorded their wettest month ever in May, as rain flooded streets and overwhelmed local waterways.

At the same time the water was above people’s heads in these central states, six northeast states — Connecticut, Delaware, Massachusetts, New Jersey, Rhode Island and South Carolina — experienced some of their driest Mays on record. On the opposite coast, California is in its fourth year of a historic drought.

The rest of the country, though, overall precipitation averaged 4.36 inches last month, which is 1.45 inches above normal for the month. With May still the wettest ever, this discrepancy illustrates the widespread and massive rainfall amounts in states that did get significant precipitation.

Colorado experienced its wettest May on record, while Kansas, Louisiana and Utah all recorded their second soggiest. Eight other states — Arizona, Minnesota, Nebraska, Nevada, New Mexico, North Dakota, South Dakota and Wyoming — also recorded one of their rainiest Mays.

This unpredictable wet/dry dichotomy also affected temperatures. Connecticut, Massachusetts, New Hampshire and Rhode Island all had their warmest May on record, as did the whole northeast region.

With the NASA projections, climatologists now have another tool at their disposal that may help predict historical changes in precipitation patterns and temperature. The data will help scientists and planners better perform climate risk scenarios to gain a firmer grasp on the effects of severe drought, floods, heat waves and lost agricultural output. In addition, the data is being used to quantify climate risks for the country’s forests, rivers and urban areas.

The projections forecast global conditions under two scenarios based on the amount of released greenhouse emissions and subsequent trapping in the atmosphere. The first, “business-as-usual” projections are based on current trends, and the other, an “extreme case” with sizable increase of emissions. 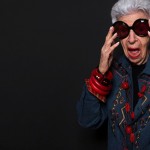