Be a focused writer

How to be a good writer? Cruise the web on any given day and what are you likely to see? The same “article,” with identical quotes and sources and YouTube clips, aggregated and rewritten in approximately eight dozen ways, with each post designed to steal clicks from the others. But a parallel phenomenon — namely, the proliferation of posts that offer supposedly alternative or contrary takes on apparently inexhaustible subjects — may be even more irritating, assuming as it does that there can be anything definitive or correct or at all interesting to say in the following sorts of columns:

How to Write, be a good writer: I think the best measure of a terrible writer is probably how much they google “how to write” or “where do I get inspiration” or “give me fast book deal for vampire erotica six figures.” Though the people who write advice about how to write are arguably worse — in what other overcrowded industry are people trying to create more competition? (Note to self: publish “How to Write” piece that is instead just a home recipe for nerve toxin.)

Millennial Burn/Worship Piece: Hell, even a piece by a good writer about how there are too many pieces about millennials would be teeth-grindingly obnoxious at this point. It’s cute when I do it, however. At any rate, it may be worth noting that people born between [some year] and [could not be bothered to look up the actual time brackets] are not inherently more interesting than, say, hippies, who were never less than fatally boring.

Horrible Development in the Middle East About Which I Can Do Nothing: Thanks a lot, foreign newspaper of record, for informing me that the situation in a distant country we may or may not be at war with is rapidly deteriorating, due to bad conditions of some sort, exacerbated by factors of which I cannot hope to have an adequate grasp. I will consider the necessary reactions to this, then order another $13 cocktail.

What It Was Like to Move To/Move Away From New York/Los Angeles: Turns out there are these two, like, really big cities — metropolises, you might even call them — that flank our fair country. Countless people flock to and out of them each and every day. Many of them do not try to justify the decision in essay form. Strive to emulate these individuals.

TV Recaps: You guys know the entire point of TV was that you wouldn’t have to read, right? Especially poorly conceived descriptions of what transpired on TV last night? You have to be aware of that. I’m begging you. Don’t make me write a TV series about this so a blogger can reexplain it in terms you’ll understand. Also, you may want to think about losing your virginity before it’s too late.

Everybody’s Too Nice/Too Mean: What world do the authors of these brainless op-eds live in? There have always been some nice people, some mean people. They are generally not constrained in their attitude by, say, the particular subcultures of Twitter cliques or YouTube comment sections. In fact, you may find that people expressed differing emotions and personalities well in advance of the Internet.

Subway Etiquette Complaints: Public transportation is convenient and energy-conscious but full of assholes. Problem is, the strap-hangers engaging in shitty behavior — dudes taking up too much bench space are always an issue, though I notice we’re not giving the woefully obese a hard time about it — don’t read your blog. The best these screeds can do is elicit replies to the effect that the reader has also ridden a subway in his/her lifetime.

Unlikely Animal Friends: Just kidding, we need a lot more of these. They’re the crazy glue that patches together the Internet’s mosaic of hate. In fact, we’re overdue for another. What about a cat that’s friends with a jellyfish? I don’t care if that’s never happened, just Photoshop it. 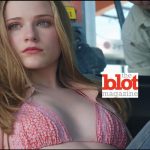 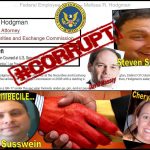