As I looked around the surroundings and into the driver’s eyes in the rearview mirror from the back seat of the car I was in, I couldn’t help but feel just a bit like if I was about to enter an “Eyes Wide Shut” state of mind.

This event was a celebration for an upcoming NARS cosmetic line between makeup maven François Nars and Steven Klein. The location was at Alder Manor in Yonkers, an exquisite mansion built in 1912 by copper magnate William Boyce Thompson. Making the trip up and way out of town for the four-hour event erased the notion that fashion people won’t only leave Manhattan for a long weekend in the Hamptons.

“Remember, Satan was the first to demand equal rights” was the welcoming message on an LED sign on the lawn, giving a very good and strong first impression followed by the glamorous entrance of this country estate.

Once I got out of the car, I just couldn’t let go, for a while, of how unglamorous dressed the girls — probably interns — working the door looked. If you are going to produce a stunning fashion event, those girls should have been the epitome of chic, and they were not. But who am I to know anything about chic, right?

Once inside, the chilling stylish ambient mood combined with perfectly dimmed lights, and the controlled, elegant chaos was sure a sign that this was going to be a superb party — and it was.

Every installation, designed with fashion show producer Etienne Russo’s input, was a perfect photo-shoot set. There was a recreation of the Klein-directed Lady Gaga “Alejandro” music video, complete with male models holding toy machine guns and wearing platform high heels and fishnets. In the drained swimming pool on the second floor, there were two masked, lifeless mannequins inside under a “Dead of Summer” sign. It was indeed very high-concept since in a dream, the absence of water in a pool means maturity and wisdom.

Also on the second floor, a model wearing a G-string behind foggy plexiglass — with a neon sign next to him that read “Full Service” — for sure was the spookiest piece in the house. Nearby in another room, Juliette Lewis’ glittered face was opulently featured through a medicine cabinet in a video, and her twisted full figure in the same room projected on another wall. One couldn’t resist the desire for a selfie, so I just did it with Lewis.

There were four fully stocked bar stations servicing the guests, and Veuve Clicquot champagne was poured nonstop. If you looked around, you could say it felt, at times, like an Instagram model convention; everyone was there, in their best rock ‘n’ roll behavior and looking gorgeous and feeling glamorous as ever.

The unkempt garden and lawn area outside, with its stunning gazebo and another small, empty pool, served as a lounging smoking area where guests relaxed in vintage chairs, was a great touch.

Out of all who attended, there is no question that Ryan Burke and Adan VanBuren of the Susanne Bartsch entourage pulled out the best looks of the night.

It was a beautiful evening that could have been better sealed with a small gift at the exit, perhaps a decadent bullet lipstick with the names “KLEIN & NARS” would have been très chic, très sexy and très hip. After all, this was, indeed, a memorable night to remember in the future … 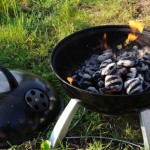 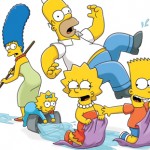