Did you know that September is Happy Cat Month? I’m obsessed with dogs — especially my dog — but what you may not know is I also grew up with a cat. She was a stray that my family took in. The only problem was my mother is severely allergic to cats (now I am, too). Mom’s eyes swell up, and she breaks out in a sneezing fit (now the same is true for me). The solution was to make a home for the cat in our garage. I don’t think the cat minded. She seemed happy to have a family and her privacy.

My oldest sister named the cat Telka after an Egyptian princess. I envisioned a royal family with dark hair and olive skin. In retrospect, they looked suspiciously like my family. The princess had long black hair, large brown eyes and full lips like Cleopatra, but with my sister’s face.

Funny, I just Googled “Telka, Egyptian Princess,” and it appears there was no Egyptian princess with that name. In fact I can’t find any princess from anywhere named Telka. Oh well, that only makes the memories more magical.

Here’s a photo that is very close to what the two of us looked like.

I quickly found the way to make Telka purr was simple. She waited for me every day at the curb across the street from my elementary school. I have no idea how long she sat, but I think she had an internal clock and knew exactly when to come get me. I’d cross the street and greet her with a scratch behind her ears. This always illicited a loud, long purr. Then as we began to walk, she would rub her body against my legs, which made her purr even louder. She walked around my legs as I walked, repeating the infinity symbol, you know, making an invisible line around my legs as if she were drawing the number 8. I guess she was communicating that she loved me to infinity.

My house was a block and a half from school. When we arrived at the front doorstep she’d purr again and then run off to chase birds. The only thing I wasn’t crazy about was her proclivity for bringing me “presents.” Her gifts were poor little dead birds left in front of the door. Not only was it sad, it was disgusting to clean them up.

My Facebook buddy Dan Collins said, “Such adorable serial killers cats are. When we got our cat Muffin the family was overcome with ‘Gidget’s Disease’ by his overwhelming cuteness. He was a little lintball of a gray kitten. Who knew,” Dan said, “he would mature into Catzilla? At his best, Muffin was a lovable curmudgeon. At worst he was our vet’s nemesis and the inspiration for Stephen King’s ‘IT.’ Muffin never brought us a bird, but he was quite a good mouser.”

I asked my other 2-D (Facebook) and 3-D friends what makes their cats purr:

Freelance writer Lara Bee Sharp said, “My cat Oscar purrs as loud as an idling truck when he sees the only non-cat food he will eat. It’s nacho cheese Doritos. Poor little Oscar. He can’t meow properly. He walks around the house saying, ‘Wow, wow, wow.’ But he makes up for his inabilities with an overabundance of enthusiasm. I say, ‘Oscar!’ and he says, ‘Wow!’ like he’s stunned that I have the ability to talk so he makes me feel like a genius.”

Andrea Beitler, who works for the nonprofit USO (United Services Organizations) said, “My cat loves licking plastic bags at night while I’m trying to sleep. He also loves snuggling. His name is Stimpy, and we have a Chihuahua named Ren. Stimpy thinks he is the Lord of the Laundry. He loves lying on laundry piles. He also enjoys chasing his tail and bopping Ren on his head. He’s content lying in gift wrap at the bottom of a box. I never see him anymore. I just hear crinkle, crinkle, crinkle. I tried to get a photo of Stimpy and Ren together, but as you can see Stimpy said, ‘I will not even look at you if you ask me to sit with that lowly plebeian — even if it is for a picture.’”

Freelance writer Shelley Renee said, “My cat’s name is Sebastian. Whoever thought up the term ‘catnap’ to mean a quick little snooze obviously never had a cat. Sebastian naps for about 20 hours a day. The other activity that he’s fond of is eating. Other funny behaviors are that he loves to sit on the windowsill and watch the birds outside, and he loves to play with my elastic hairbands. He will roll around with them and chew them all up. Sebastian also likes to taunt visiting dogs. He has been known to beat them up and then steal their beds and toys.”

Real estate appraiser Neil Adams said, “Technically, Karma and Ollie are my roommate’s cats, but it’s been two and a half years now so I know them well. Karma is a big fatty who loves her cat food and spends all day in her cat tree. The only time she seems interested in anything else is when I offer her catnip. She’ll still stay in the cat tree, but when I give her the catnip, she’ll bounce around a bit and then get down with her nip. Ollie is skinny and has to eat a special diet, but he likes chicken or tuna when he can get it. He’s not as enthusiastic as big Karma, but Ollie is much more cuddly and purry. He has zero interest in the catnip. If they had jobs, Karma would be on unemployment, and Ollie would be a thief.”

Freelance writer Linda Melone said, “My cat’s name is Sephora. She’s named after my favorite store. Sephora loves getting brushed and loves it so much she rolls around purring and drooling. It’s a riot.” Apparently Sephora also loves hiding in plastic bags.

Pet fashion designer Ada Nieves said, “Martini Beethoven loves boxes. Whenever he sees a box, he jumps into it right away. Then he glares, communicating ‘Don’t you dare take this box away. It’s mine.'”

Author Gary Buslik (“Akhmed and the Atomic Matzo Balls”) said, “Babs Buslik is my queen. She loves her daddy as much as Daddy loves her. Babs hates everyone except me, which suits me fine. She helps me screen girlfriends by attacking them in the middle of the night. If, while sleeping, they overreact to their noses being mistaken for mice, they probably wouldn’t have worked out anyhow. So, it’s a win-win.” Apparently (see below), little Babs is very cooperative and enjoys Gary’s whacky sense of humor as much as I do. 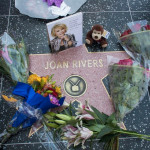 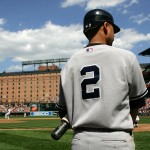