Cover songs make you think of weddings with a KC and the Sunshine Band clone singing “Hava Nagila” or “Blurred Lines” … or both. However, some covers have the magical ability to explore an alternate universe where your favorite song was released in a completely different genre.

Whether you love them or hate them, you cannot deny the catchy wonder that is a cover song. Here are 10 of the wildest, most genre-bending covers out there.

The Gossip “Are You that Somebody”

When we lost Aaliyah, we lost a true visionary. However, we somehow retained Ashanti. Go figure. Equally revolutionary rocker and plus-model icon Beth Ditto proved the dulcet tones of her soulful voice could tackle the normally up-tempo pop hit. It gives this song about secret sex an edge.

Before they took us to “Pompeii,” British rockers Bastille showed us what would happen if Chris Martin replaced Lisa “Left Eye” Lopes in TLC. This tender, acoustic version of “No Scrubs” takes a more deeply emotional approach to the prevention of scrubs and ratchet hangers-on.

Who doesn’t love Gwen Stefani? Sure that whole Harajuku thing is a little racially problematic and b-a-n-a-n-a-s, but even she was not immune to the awesomeness of a Britpop makeover when Kasabian covered the title track of her second album.

As much as Lady Gaga would have you believe that her power comes from glitter, grommets and gay unicorn blood, her real power is in the music. Her songs are painfully catchy and impossible to not get stuck in your head. This indie version of her first song just proves the powers of producing.

The Bird and the Bee “Private Eyes”

Do not get this band confused with Zooey Deschanel’s band She & Him. There are no adorkable TV stars in this band. However, this indie-music duo did an amazing cover of the Hall & Oates hit “Private Eyes.” They actually did an entire album of Hall & Oates covers … apparently, Garfunkel and Oates aren’t the only one with an appreciation for the ’80s hit makers.

Jeremy Jay “Into the Groove”

Madonna has done it all — or at least tried to. However, a bunch of indie and folk bands got together to do hauntingly slow versions of her hits on “Through the Wilderness.” Jeremy Jay’s version of the upbeat “Into the Groove” is haunting yet still equally infectious.

Noisettes “When You Were Young”

Noisettes blend 1960s doo-wop and soul with the indie British edge of bands like Bloc Party. This cover of The Killers’ “When You Were Young” takes on a more thoughtful feel and inserts twice or maybe even three times the emotions to this pretty deep song.

Jimmy Eat World “We Are Never Ever Getting Back Together”

People doubt the musical integrity of Taylor Swift’s songwriting. However, check out Jimmy Eat World singing her umpteenth break-up song. What’s scary is that this version of “We Are Never Ever Getting Back Together” sounds like it could easily be your favorite 1990s grunge anthem. You’re transported to an all-night coffee house debating your friends over the depth and politics of “The Real World.”

One Direction’s music is as infectious as its members are hot. Swedish punk band Midnight Pleasure channeled its best early-2000s pop-punk to deliver this amazing cover of “Best Song Ever.” Not only does it switch the genre, it also is like a time portal 10 to 15 years in the past. Remember Good Charlotte?

T.I. took a break from the general misogyny of rap music to celebrate taking care of his lady. So it’s not too wild that Anya Marina did a folksy, slightly temperate version of his rap song, “Whatever You Like.” It’s almost as if she took the song and put a bird on it. 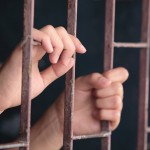 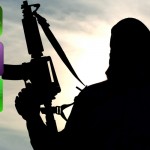