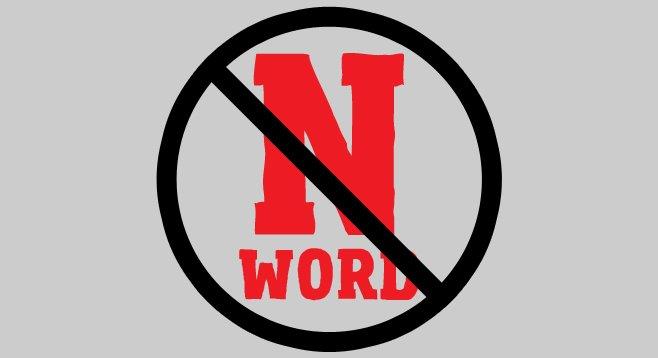 I don’t really care one way or the other about the NFL or any of its teams or players. But I occasionally find myself writing about American football because I am an anti-racist. Spin it as they might, the nickname of the Washington, D.C. team is simply an epithet of incredible viciousness aimed at the First Americans — R*dsk*n is no better than n*gg*r.

The managers of the franchise know they have a problem, and so, they came up with the Washington R*dsk*ns Original American Foundation. According to the team’s website, “The Foundation utilizes the national platform of professional sports organizations and their partners to address the challenges in the daily lives of Native Americans based on what Tribal leaders tell us they need the most.”

Owner Dan Snyder told the press, “The fact is, too many Native American communities face much harsher, much more alarming realities. I’ve listened. I’ve learned. And frankly, it’s heart wrenching. It’s not enough to celebrate the values and heritage of Native Americans. We must do more.” I couldn’t agree more. I have been to the Pine Ridge Indian Reservation in South Dakota and a few others and conditions there are un-American.

Are Girls Who Use Vocal Fry Extremely Annoying?

So, the foundation decided to hold a charity golf event. Levi Rickert over at Native News Online wrote, “The Washington Redsk*ns Original Americans Foundation First Annual KTNN Celebrity Golf Tournament is being held today [April 12] at the Whirlwind Golf Club in Chandler, Arizona. According to printed material, the golf outing’s proceeds are to benefit college scholarships for American Indian student[s].”

I am all for scholarships for those who can’t afford college (actually, I am in favor of four years’ of free post-high school education for every American — primary and secondary are free, why not four more years?). But I was elated to find that some of the sponsors weren’t buying the BS.

The Foundation is a PR man’s solution to a marketing problem. The team’s name insults millions of American citizens. Rather than address that issue, the team is throwing money at the problem. “It’s a blatant attempt to try to buy out the issue,” said Ernie Stevens, Jr., chairman of the National Indian Gaming Association, told USA TODAY Sports.

Mr. Stevens’s group pulled its sponsorship of the tournament shortly before tee time. In addition, the Notah Begay III Foundation did the same. Notah Begay III is a professional golfer, and so his sponsorship made a bit of sense — except that he is a Navajo and Pueblo.

“I find it underhanded and despicable that the Washington football team would co-opt this event,” said Executive Director Crystal Echo Hawk. “As soon as we found out about their involvement we withdrew our support. The NB3 Foundation does not support the Redskins or its organization OAF. We are adamantly opposed to the team’s continued use of this derogatory name.”

Ray Halbritter, Oneida Indian Nation Representative and leader of the national Change the Mascot campaign, praised the organizations for disassociating themselves from the Washington team’s foundation. “As more and more Native and non-Native groups are making clear, the single greatest contribution that Dan Snyder and his team can make to Indian Country would be to stop continuing to profit from the use of a dictionary-defined racial slur and pretending that this epithet somehow honors us.”

Compare this to the actions of some of the fans of the Cleveland Indians baseball team. I am not now, nor have I ever been, a fan of the Cleveland Indians baseball team. The reasons are pretty straightforward: I have no connection to Ohio, let alone Cleveland, and I prefer the National League to the American (I bleed Dodger blue). However, the Indians’ stock is starting to rise with me as some of their fans are “dechiefing” their caps, shirts and other apparel. Dechiefing is a participle that means to remove the logo of Chief Wahoo from the gear in question. And why would they do that? Chief Wahoo is about as offensive a caricature of a First American as you can imagine.

The Indians marketing department knows it has a problem on its hands. In recent years, the folks there have been promoting a block “C” as an alternative logo. They haven’t officially retired the chief, but they aren’t actively trying to save him either.

Happiest Birthday to the Hippest of Hippos, Baby Fiona!

This is particularly true during spring training. You see, the Indians hold spring training in Arizona, home to the Apache, Zuni, Paiute and Navajo among others. There are more First Americans in Arizona than any other state, save California and Oklahoma. There are even radio stations broadcasting in Navajo there. As a marketing person for the Cleveland baseball team, the one thing you don’t really want to do is annoy the people where you play spring baseball. It would be bad for business. The block C is everywhere, and the chief is oddly missing when the team is in Arizona.

If Mr. Snyder and his crew really want to win over millions of new fans, they can do it in an afternoon. Announce that “R*dsk*ns” is gone, and that a contest to choose a new mascot will be open to every First American who wants a vote. They wouldn’t be able to make the jerseys, hats and other merchandise fast enough.