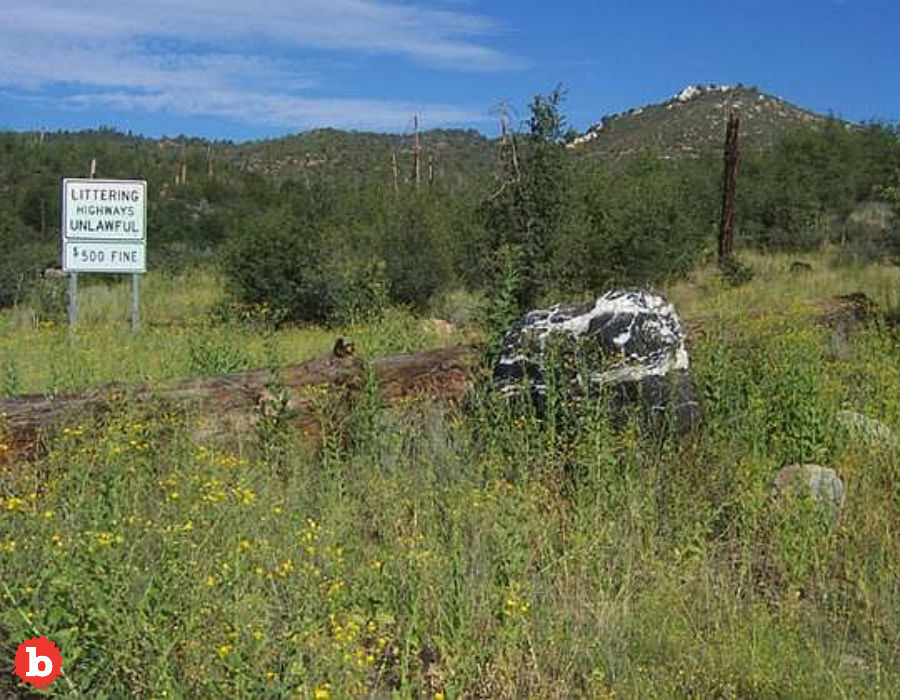 I so love strange news.  And this certainly fits the bill in spades.  First off, I had no idea there was a local attraction with the name Wizard Rock in Arizona’s Prescott National Forest.  It weighs 1 ton, or 2,000 lbs.  So it’s not the kind of thing that up and disappears.  Well, except for the fact that it did exactly that.  Just over a month ago, a forest staffer was patrolling the basin where visitors came to see the natural curiosity.  But somehow, the Wizard Rock was….. simply gone.  So that’s pretty strange.  But even stranger?  The missing natural boulder suddenly reappears, that’s what.

HOW DO YOU TAKE A 1 TON WIZRD ROCK FROM A PARK AND LEAVE NO TRACKS?

But here’s the thing.  How do you go and grab a 1 ton boulder?  That’s not a casual grab.  In fact, that’s the kind of thing that requires pretty hefty equipment.  You know, the kind that leave tracks, especially after they add another ton of Wizard Rock weight.  But then, a month after it simply disappears, it’s suddenly back?  How does that happen?  How did that happen?  We don’t know.  But we may never know.  Maybe it was magic?  But local officials are pretty happy the rock is back.  Sarah Clawson, the district ranger for the Bradshaw Ranger District, said, “We are thrilled the Wizard Rock was returned, and are grateful that whoever took it was conscientious enough to give it back to the public.”

So why is this Wizard Rock important?  Well, it’s a giant slab of black rock that includes starkly contrasting streaks of white quartz.  Local geology geeks seem to have a special attachment to the local curiosity and park attraction.  But forest officials are now considering moving the Wizard Rock to another location that’s more accessible for more visitors to see and enjoy.  So as for the mystery of its on month hiatus, it will likely never be solved.  But it certainly adds to the Wizard Rock’s mystique, that’s for sure. 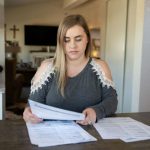 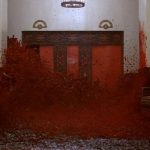