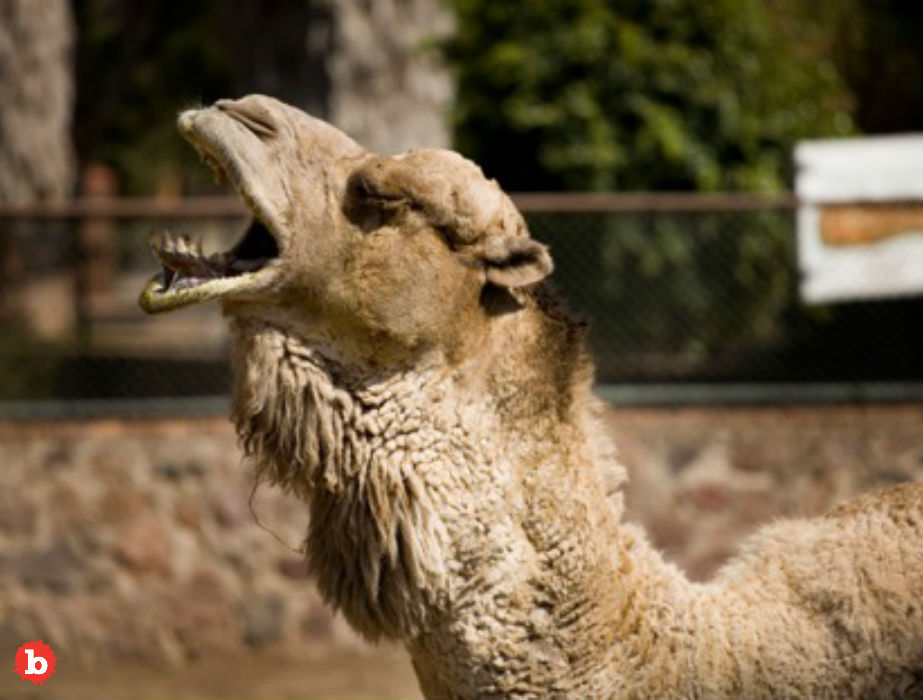 So here we go all over again.  Or, maybe not.  But that’s because I’ve never heard of anything like this before.  So here’s the scene.  There’s this truck stop in Louisiana, in Gross Tete, to be exact.  And, as can be the case sometimes, there’s a few things at this truck stop to make your brief stay a little more interesting.  But on one particular day about a week ago, you would have seen something more diverting than usual.  Normally, there’s just a camel who has the name Caspar.  Caspar lives in his own little enclosure.  But if you’d been there, you might have seen a woman go into Caspar’s enclosure.  Then, you’d have seen Caspar sit on the invasive woman.  And THEN you’d have seen the woman bite Caspar’s testicles to free herself.

So yes, this happened.  Camels, if you didn’t know, are notoriously stubborn creatures.  So I don’t know if that played into Caspar’s attitude on that day.  But I do know that getting a camel to get up can be a trial.  So I can’t imagine what I’d do to get a camel that’s sitting on me to get off.  But I am certain that biting his testicles would not be high on the list.  So how the hell did this happen?  Well, the woman, her husband and their dog had stopped at this truck stop like they’ve done several times before.  But this visit, they did something a little different.

HUSBAND THREW DOGGY TREATS INTO CASPAR’S ENCLOSURE, SO WIFE WENT IN AFTER THEIR DOG

The husband was tossing doggy treats on the ground.  But for some stupid reason, he threw some doggy treats for their off-leash dog into the camel’s enclosure.  So when the woman went in as well to get her dog, Caspar promptly sat on the invasive, human species.  But camels can weigh as much as 1,300lbs!  And Caspar was in no mood to let his unwanted guest up.  So, to free herself, the woman bit the poor Caspar on his testicles!  As you might imagine, even the most stubborn example of any male, in any species, would get up and away from an attack on its balls.

Read More: DUI Florida Couple Try to Have Sex in Police Car, With Handcuffs On

So that happened.  The truck stop and the camel are totally innocent of any wrongdoing.  They have clear signs warning everyone to stay out of Caspar’s home.  But the local Iberville Parish Sheriff’s Office cited the couple for violating the leash law, allowing it to run free on private property as well as criminal trespassing.  I’m just disappointed this happened on a Sunday.  Why?  It should have been hump day, obviously. 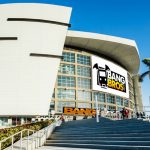 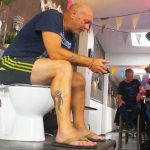