You may be dimly aware that the planet is going through some global warming. Hurricanes, tornados, sea level rising, dogs and cats living together, all of that good stuff.

Ninety-seven percent of scientists agree that the planet is being irreversibly damaged by humans affecting the climate with their emissions, and that if we don’t do something about it soon, then things could suddenly change for the worse. Well, that “thing” happened: Western Antarctica is basically melting away at a fast pace, which means that soon the type of “only-in-the-movies” disasters — such as a flooded New York or state-destroying hurricane in Florida — could become not just real, but a regular occurrence.

By the way, the other 3 percent of those scientists? Most likely paid off by lobbyists. They harp on about how “not all the data is in” and about creationism, yet when you’re in the 3 percent minority of climate change, denying that it exists, with the other 97 percent of your colleagues are pulling out study after study to prove you wrong, chances are that that “data” that you’re so desperate to have “in” is really just you ignoring the other side. The fact that we are having “debates” over climate change is ridiculous to the point of parody: HBO’s John Oliver pointed this out on his latest show when he invited 97 scientists to debate three climate-change deniers. While it may be a comedy show, the fact remains that that is what the argument actually looks like.

Lord knows that kids these days don’t remember him as anything other than a possible answer on the multiple-choice question, “Who was elected president by popular vote in 2000?” but Al Gore had an entirely valid point about the irreversible damage we are doing to Earth; the climate has been changing for years, but there’s no doubt that humans are ruining the planet.

Obama’s recent speech on climate change is worth revisiting, as it outlines all the points that make this one of the biggest potential (yet avoidable) catastrophes in human history.

“The 12 warmest years in recorded history have all come in the last 15 years.  Last year, temperatures in some areas of the ocean reached record highs, and ice in the Arctic shrank to its smallest size on record — faster than most models had predicted it would.  These are facts.

Now, we know that no single weather event is caused solely by climate change. Droughts and fires and floods, they go back to ancient times. But we also know that in a world that’s warmer than it used to be, all weather events are affected by a warming planet. The fact that sea level in New York, in New York Harbor, are now a foot higher than a century ago — that didn’t cause Hurricane Sandy, but it certainly contributed to the destruction that left large parts of our mightiest city dark and underwater.

The potential impacts go beyond rising sea levels. Here at home, 2012 was the warmest year in our history. Midwest farms were parched by the worst drought since the Dust Bowl, and then drenched by the wettest spring on record. Western wildfires scorched an area larger than the state of Maryland. Just last week, a heat wave in Alaska shot temperatures into the 90s.

And we know that the costs of these events can be measured in lost lives and lost livelihoods, lost homes, lost businesses, hundreds of billions of dollars in emergency services and disaster relief. In fact, those who are already feeling the effects of climate change don’t have time to deny it — they’re busy dealing with it.  Firefighters are braving longer wildfire seasons, and states and federal governments have to figure out how to budget for that. I had to sit on a meeting with the Department of Interior and Agriculture and some of the rest of my team just to figure out how we’re going to pay for more and more expensive fire seasons.

Farmers see crops wilted one year, washed away the next; and the higher food prices get passed on to you, the American consumer. Mountain communities worry about what smaller snowpacks will mean for tourism — and then, families at the bottom of the mountains wonder what it will mean for their drinking water. Americans across the country are already paying the price of inaction in insurance premiums, state and local taxes, and the costs of rebuilding and disaster relief.

So the question is not whether we need to act. The overwhelming judgment of science — of chemistry and physics and millions of measurements — has put all that to rest. Ninety-seven percent of scientists, including, by the way, some who originally disputed the data, have now put that to rest. They’ve acknowledged the planet is warming and human activity is contributing to it.

So the question now is whether we will have the courage to act before it’s too late. And how we answer will have a profound impact on the world that we leave behind not just to you, but to your children and to your grandchildren.”

Ned Hepburn is a contributing journalist to TheBlot Magazine. 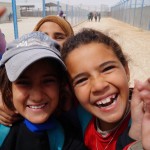 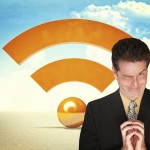