There’s a new disease inflicting reality stars. It’s called Toxic Housewife Syndrome. Symptoms include swelling of the ego, social toxicity and occasional violent outbursts. Stars, most notably on Bravo’s “Real Housewives” franchise, have developed this condition after becoming so consumed with their own fame they self-destruct on camera. This is partly related to how blood-hungry TV audiences can be. This condition is self-inflicted. These housewives become so consumed with their own fame they alienate their fan base and get axed from the show.

There’s a difference between fame and success. Meryl Streep is a successful actress renowned for her talent. But paparazzi don’t follow her around to catch her buying Activia yogurt or amethyst necklaces. Reality stars can become famous for doing nothing at all … or worse yet, being horrible, mean-spirited harpies. Bad behavior like fighting, devious-yet-witty barbs or gross overspending become rewarded with new viewers and larger paychecks. However, this fame is fleeting. It’s powered by a sense of hyper-realism. These women can act so authentically “themselves” that it becomes addictive to watch. And yet, when they become aware of what makes them so popular, they amp it up. They inevitably get divorced from what makes them so likable as their concern with money and fame cause them to either self-destruct, offend their audience or even go to jail.

Patient zero for toxic housewife syndrome was Jill Zarin. On “The Real Housewives of New York City,” she and Bethenny Frankel were best friends. Their relationship on the show provided great comic relief and witty commentary about the rest of the cast. Quick-witted spitfire Frankel found instant success with her brazen honesty, and it lead to financial success. Her personality helped spread her brand to an audience. Meanwhile, it did not work well for her relationship with Zarin. Zarin became so overwhelmed with trying to replicate her own moneymaking ventures, hawking her business and the cult of her own personality. She didn’t even realize she was afflicted. She picked a fight with Frankel, most likely to drum up drama on the show. However, she became so overwhelmingly toxic, her soundbites felt canned, and she attacked everyone on the show. Her affect on the atmosphere and tone of the show ultimately lead to her being fired from the show.

Atlanta became one of the most successful of the franchise for its willingness to “go there” with tugging on wigs, ratchet verbal fights and NeNe Leakes’ sound effects. But it’s had ladies leave the show due to either being major snooze-fests or their diva demands. Shereè Whitfield was memorable for her seemingly opulent lifestyle. Who can forget She by Shereè, her attempt at a clothing line, or her mansion Chateau Shereè? She became so overwhelmed with trying to portray a life of wealth and opulence and managing her image that she came off as a diva. She also had so much friction with everyone on the show that she was ultimately axed.

The current seasons of these shows also have ladies on the bubble. Porsha Williams (formerly Stewart) got into a physical fight with Kenya Moore and has always been on the risk of being fired for being “too boring.” She seems to have amped up the drama, but a recent verbal fight escalated into the physical. It landed her in jail. Leakes has also been such a diva this season rumors are circulating that both ladies are not returning. Leakes spent the entire reunion making faces and being unresponsive. She also reportedly wants more than the $1 million she makes per season. She has the distinction of fighting with everyone on the series, past and present.

Equally afflicted, Ramona Singer, the last original housewife of New York City, has taken to throwing glasses at people’s faces. She has picked a fight with everyone on the show to further the “storylines.” To feed their success, these women have become an overwhelmingly negative presence on their shows.

In a world where fighting can lead to dollars and making catty comments can get you success, it’s easy to get carried away. These women seem to have drunk the Kool-Aid of their own “stardom” that they don’t realize it’s a question of supply and demand. If they alienate their audience, no one will be clamoring for middle-aged women with crappy attitudes. Bye, Ashy! 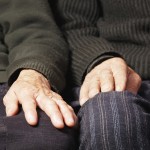 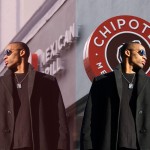