Ok, there is now an intersection connecting my disgust and concern about Donald Trump, my inner geek and the space program.  And honestly, it’s not an enjoyable one.  Donald Trump will go down as the single most destructive President in United States history.  He isn’t a republican, he’s a profiteer.  Even worse, he isn’t really a businessman either.  He’s a huckster, a con artist and incapable of being anything else.  And now, President Trump is trying to give away what may be the most important human access to space away, the International Space Station.  Give away to who?  Private businesses.  How?  NASA’s newly confirmed Trump surrogate Jim Bridenstine has already started talking to companies to start the process of privatizing the ISS.

BRIDENSTINE RUNS NASA, BUT LOOKS TO HAND OVER US SHARE OF ISS TO PRIVATE BUSINESS

The ISS is ours.  It is the world’s.  We built it.  Going all the way back to JFK, it represents hope, scientific discovery, achievement and the current launching pad of humanity to the stars.  And no, that’s not hyperbole.  But Trump wants NASA and all us loser rube US citizens to be customers of the ISS, instead of its sponsor.  There’s a big difference between the two.  Once we go down this road there’s no going back.  Yes, NASA officials have been saying for years that they’d like to see private companies take over the United States role with the ISS.  But now it’s going to happen.  And given Trump’s record it will happen fast.

Fire Breaks out at Trump Tower and Nobody Cares

GIVE UP A FEW SECRET BOMBERS, DOUBLE NASA’S BUDGET

But why have we come to this?  Mostly because we’ve lacked leadership for years before Trump.  Yes, the ISS is expensive.  Yes, private companies could take over some of that load and allow NASA to focus on other things, like sending humans up into space more.  But NASA is our space program and it only has a budget of $18 billion.  It’s been a joke for years that our rockets and shuttles have all been built by “the lowest bidders.”  It’s a joke but it’s also true.  Just consider, we spend $700 billion every year on defense spending.  If you literally knocked out a couple military toys, you could double NASA’s budget.  And no, it’s not an exaggeration.

But the ISS is a functional asset.  So are a lot of other things under NASA.  Let’s see if anything is still there by the time this Trump surrogate Bridenstine is out of office and where he should be. 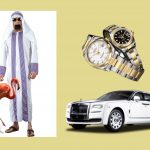 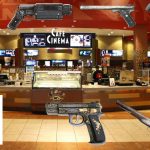