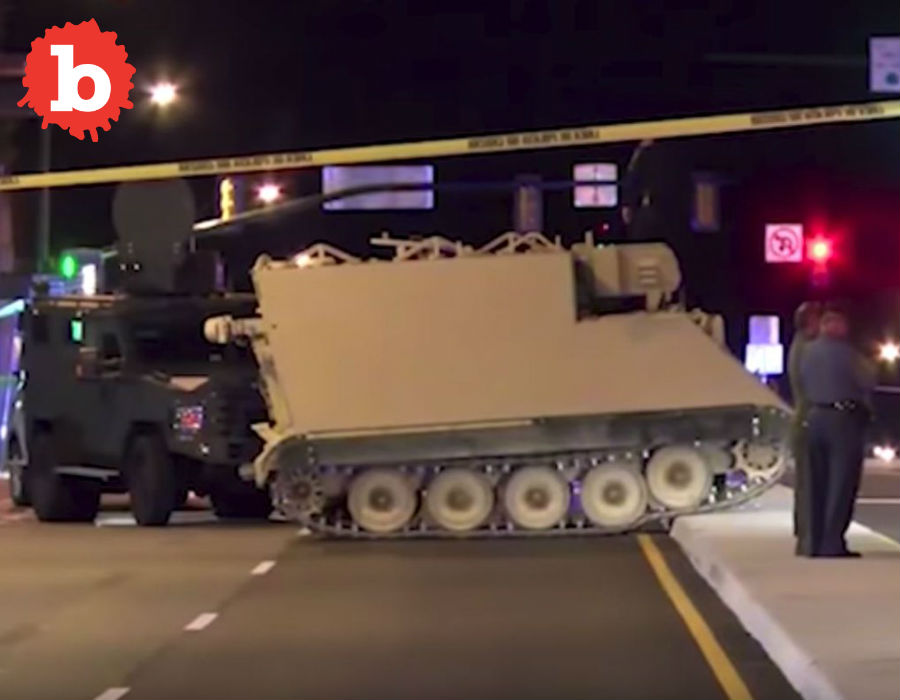 I ain’t never heard of anything like this before.  Well, not in real life, anyway.  Last week, Virginia State Police chased a suspect who was fleeing.  That’s not unusual so much.  Stupid, but not unusual.  But this time, police chased a suspect in a stolen armored vehicle.  That, not so usual.  It was a high-speed mad chase.  Well, high speed as in the armored vehicle’s maximum 40 miles-per-hour.  Someone stole the vehicle from the National Guard base at Fort Pickett in Blackstone.  Imagine everyone’s surprise to see an armored vehicle sort of speeding by down the street, with Virginia police following closely and loudly behind.

The state police learned that someone took the vehicle just before 8:00pm last Tuesday, and that it wasn’t armed.  Obviously, it wasn’t hard for Virginia police to find.  Police then pursued the armored vehicle in a mad chase as it drove into downtown Richmond, Virginia.  One witness, Brian Wingert, saw one piece of the pursuit as it sped by on West Broad Street near VCU.  He knew something was pretty unusual when he heard and felt the big sound of a moving military vehicle.  “It just seemed like something out of a movie. I heard a large vehicle, it sounded like a tank, but it was moving pretty fast.”

Insider sources say the suspect is a still unnamed Virginia Army National Guard Lieutenant who lives in the fan area.  They also say he’s a commander working with an engineering battalion at Fort Pickett.  Somehow, there were no crashes or injuries as the giant vehicle sped away from the police.  It seems to have been a M577, which is a vehicle used as a mobile command post in the military.  It weighs 11.6 tons and has light armor to protect occupants.  It’s similar to a vehicle the military used in the Vietnam.  They are still phasing out its use today.  That seems consistent with the kind of equipment the National Guard tends to get.  But it doesn’t tend to appear on public streets! 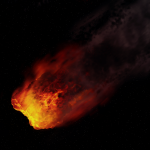