You may think the Kentucky Derby, which is held at Churchill Downs in Louisville, Ky., every first Saturday in May, is just a two-minute horse race. But to folks in the South, it’s an excuse to look damn good and drink mighty fine-tasting mint juleps all day long. We like to think of it as Easter with horses, bourbon and even better-looking hats. So make like you’re on a plantation, follow these guidelines for a Derby party and join in the fun. We promise it doesn’t hurt.

In fact, it’s quite the opposite. The mint julep was created to relieve pain. Tim Laird, the chief entertaining officer of Brown-Forman, a Louisville-based producer of quality wines and spirits, explained that this classic cocktail was actually considered medicinal on the horse farms in Virginia where it originated. “Back in the day, there were no convenient pain relievers and farming was a laborious task,” he said. “To help loosen the muscles, farm workers would add sugar and mint to whiskey as a morning bracer. They could then do a full day’s work.”

Indeed, that sounds like a fine plan for any employee in any occupation. Here’s how to give it a shot:

Start by composing a mint simple syrup (recipe below). “This takes away the task of having to muddle mint and sugar together,” Laird began, “which doesn’t always work well because people tend to over-muddle the mint, giving the drink a ‘woody’ character from the stems. Plus, it is difficult to dissolve all the sugar, which leaves gritty granules in your drink.”

Having the mint simple syrup on hand allows you to easily make mint juleps (recipe below) to order, including alcohol-free ones for what Laird called “responsible entertaining.” For that, he advised using unsweetened iced tea instead of Woodford Reserve Bourbon, which is the official bourbon of the Kentucky Derby. For either version, however, he said to garnish each glass with plenty of fresh mint. “Part of the sensation is smelling the fresh mint before you even take a sip,” he noted.

Want to go a significant style step further? Purchase one of the 90 $1,000 Mint Julep Victory Cups, designed this year by Alabama-based fashion icon Billy Reid in conjunction with mixologist Pamela Wiznitzer. Handcrafted at Louisville-based jeweler From the Vault, each individually numbered cup features engraved roses, along with the Derby date and Woodford Reserve logo, and is accompanied by a gold-plated drinking straw. It arrives nestled in an oak box, designed by Nashville, Tenn., woodworker Christian Fecht, and lined with a custom silk fabric, also designed by Reid. (For a different kind of statement, you can purchase bow ties and neckties made from the same fabric on Reid’s website.)

In addition, 10 gold-plated Winner’s Circle Cups are going for a mere $2,500. Also numbered and engraved with roses, the Derby date and the Woodford Reserve logo, these cups feature a sterling silver crest and silver straw.

Celebrating its 10th anniversary, the $1,000 Mint Julep Cup program donates proceeds to a different charity each year; in 2015, the Wounded Warrior Equestrian Program, which supports veterans and others who require healing through horses. Cups can be purchased online on a first-come, first-serve basis until Thursday, April 30; unsold cups will be available at Churchill Downs on Kentucky Derby Day, which is Saturday, May 2.

If all this talk of juleps and drinking cups is sparking your appetite, never fear. Included below are recipes for two signature Derby appetizers, including Benedictine Bacon Toasts. A Derby favorite, the name is derived from a caterer in the early 1900s whose name was Benedict. Laird and his wife Lori advise making plenty of those because they say people can’t get enough of them. But don’t just take their word for it — do a trial run. You’ll see what they mean as soon as you taste your first one.

In a saucepan, combine the water and sugar. Bring to a boil, stirring to dissolve the sugar. When the water is clear and the sugar is dissolved, remove from the heat and stir in the mint leaves. Let steep for 20 minutes.

Strain into a glass container and store in the refrigerator.

In a tall glass with crushed ice, add:

In a small bowl, combine the goat cheese, milk, cumin seeds, dill, black pepper and garlic. Cover and refrigerate for at least 1 hour. Flavor is best if made the night before. Transfer cheese to a platter, form into a mound, sprinkle with mint leaves then drizzle with olive oil. Serve with crackers.

Lightly toast the bread slices then, using a cookie cutter or the top of a jar, stamp out 1 ½-inch bread rounds. You can usually get three rounds per slice of bread. Spread a generous amount of the Benedictine on a bread round, then dip it in the bacon pieces. They will stick to the bread. Repeat the steps for each bread round. 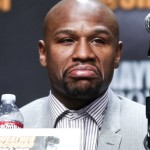 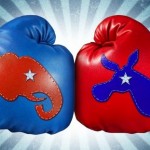