Boxer Floyd Mayweather Jr. does not only beat opponents in the ring, he also is a serial batterer of women and has even threatened his own children with violence. Most people, including myself, already knew that the undefeated boxing champion has had some legal issues, but reading deeper into what Mayweather has done to wives, girlfriends and friends of women is shocking and deplorable.

I am not advancing that a moral compass be applied to all sports figures, which would make it nearly impossible to watch anything without personal judgments, but Mayweather’s occupation and behavior make him an outlier even for a badly behaving bunch like professional athletes.

Mayweather (47-0) is the welterweight division champion and ranked by many as the best pound-for-pound boxer on the planet. He is set to face Manny Pacquiao on Saturday, May 2 in a fight millions around the world will watch and have been anticipating for years, but Mayweather’s history of violence outside of the ring is not a topic much discussed. He should not forever pay for actions he has taken in the past and served jail time for, but to treat his violence toward women like it never happened seems, at best, pandering to his millions. At worst, it’s like giving him a free pass.

Any brief reading of his behavior reveals that Mayweather is a clearly a selfish egomaniac. He buys and spends to excess on frivolous things no one actually needs, like fleets of expensive cars and gaudy jewelry — his right, of course — but why other than his remarkable skill in the ring is he lionized by so many, especially celebrities?

Mayweather has a rags-to-riches (and often-repeated) American Dream biography that says he came from nothing and through skill, perseverance and dedication became a world champion. However, I also believe he is admired because of his “Pretty Boy” and “Money” nicknames and the cult of personality developed around his adopted “Money Team” persona.

Mostly men have bought into his image because it portrays a streetwise cool that appeals to much of male America. It portrays that he cannot be touched and that whatever someone does won’t stop him from taking care of his business and getting paid. Like he has all the angles covered similar to “The Godfather” or someone who can control people. This persona also smacks of the dangerousness some people find appealing, again similar to why we root for the gangster character. But while many really enjoy hip-hop and some of its violent imagery, eventually most realize it is just words put together rhythmically with a beat to sound good — the stories are not real or meant to inspire similar action.

“Money” is s a cultivated image to sell tickets, merchandise and pay-per-view buys. Athletes should probably not be our kids’ role models, but here is a highly visible sports superstar who has basically never given his version of the terrible criminal acts he was locked up for and continues to talk of women as possessions like expensive cars, bling jewelry and cold, hard cash.

Despite facing a litany of charges that could have landed him in prison for several decades, the boxer’s lawyers were able to secure a favorable plea deal on misdemeanor domestic assault and harassment charges in connection to one particularly ugly incident where Mayweather beat Josie Harris, a former partner and the mother of three of his children. After receiving 90 days in prison in December 2011, Mayweather began serving his sentence in June 2012 and was released in August after two months for good behavior.

And the special treatment for his precious and deemed unequal economic impact to the greater Las Vegas area began even earlier than his sentence. Mayweather requested that his prison time be delayed and was successfully granted permission to fight on his chosen weekend, Cinco de Mayo. Additionally, he was also granted a license to fight while he was facing prison time by the Nevada State Athletic Commission, which possesses the power to revoke a fighter’s license for violating any state law except minor traffic violations.

This treatment did not extend to other fighters’ convicted of more minor offenses. Julio Cesar Chavez Jr., likely due to his lower income buying less influence in town, was suspended for nine months by the commission for the obviously more egregious and publicly harmful act of smoking weed.

Without suggesting every athlete should forever carry the weight of their personal indiscretions or bad behavior with them — or those incidents are good enough reasons to root against them — Mayweather’s situation is different. Steroid users, gamblers, alcoholics and drug users are all mostly harming themselves and maybe the integrity of the game, but Mayweather was harmful to outside society, and no one seems to really care.

He also doesn’t seem to feel badly, has never provided a counter-account of his actions and continues to speak of women as property. This was evident in shockingly misogynistic tones as in the totally self-serving Mayweather-produced and Showtime-televised infomercial about his lifestyle, “30 Days in May,” in which he compared women to a collection of cars. Mayweather’s bad behavior has not hurt his pockets, either, as he was rewarded with the richest contract in sports history after being released from prison.

One incident, learn from it, and move on. Two, it is a pattern, and there need to be consequences. Three and counting, and with no big change in attitude, then IT IS a huge problem.

When the fight is on this weekend, enjoy it, but remember: Mayweather doesn’t save those stinging jabs just for his opponents in the ring. 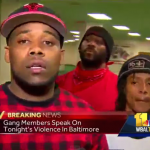 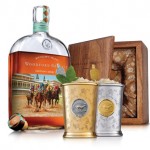