People like fundamentalist Christian ideologue and Young Earth Creationist Ken Ham, who believe NASA space exploration is a waste of time and would end all missions, could soon be getting their wish as the U.S. space program will be going to hell. Because along with the European Space Agency (ESA), NASA is launching a probe, American Solar Probe Plus, (SP+) that will enter the sun’s orbit to study its scorching surface. And typical of Europeans letting American power do the heavy lifting, the NASA probe will get as close as six million kilometers to the surface of the sun.

For us Yanks on this side of the Atlantic who aren’t great with the metric system, that’s about 3.7 million miles and plenty hot, as temperatures will reach 1,300-plus Celsius or more than 2,300 Fahrenheit. The ESA’s Solar Orbiter (SolO) will join the effort with its own mission to study the sun’s magnetic fields and is planned to travel within 43 million km. of our solar system’s star. That’s closer than Mercury, the first planet from the sun, which orbits the star at a range between 46 and 70 million km.

Ham infamously wrote on his blog “Answers In Genesis,” that the search for extraterrestrial life is “desperate and fruitless.” He also notoriously debated Bill Nye “The Science Guy” on matters scientific and clashed with leading public intellectual and head of the Hayden Planetarium in New York City, Neil deGrasse Tyson, over his far-out comments.

In addition to responding to actual empirical scientific research with creationist rebuttals on his blog, Ham is also president, CEO and founder of Answers in Genesis-US and the Creation Museum in Petersburg, Ky. Ham’s blog describes him as “one of the most in-demand Christian speakers in North America.”

Together, the missions scheduled for launch in 2018 will focus on the sun’s mysteries, its outer atmosphere, or corona, and gather data to solve the puzzle of why it is hotter than the actual surface. The increased examination of the sun comes at a critical time for the rational as it recognizes a growing need to study how the star effects this planet, and not just by providing life-giving heat and light. Solar storms can disrupt satellites orbiting the Earth, radio-wave communications and global electronic transmissions — all increasingly vital and vulnerable in an information-based and globalized world.

There will surely always be space-haters, no matter how realistically important or valuable the study beyond earth’s last layer of atmosphere. Most of them will likely point to the near-$5 billion price tag for the U.S., and $2.5 billion for the ESA. Creationists hostile to NASA can have their beliefs in God and the origin of the universe, but I’m also pretty sure they use computers, cellphones and might take a trip by airplane from time to time. All of those devices and modern technology — just so they know — rely on satellites that are highly sensitive to the behavior of the sun. Studying it is an idea not from hell, but instead inspired by the best of humans’ nature to explore, learn and improve our station no matter what. 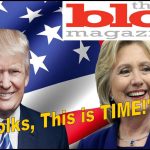 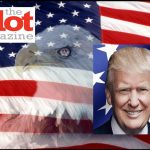