Welcome to TheBlot Boomerang, where we bring the biggest and best of this week’s news back around every Saturday.

This week, Taylor Swift pulled her catalogue from the popular streaming service Spotify. According to The New York Times, Swift wanted Spotify to offer her music only to paying subscribers, and the company refused. Her decision revived a debate about the minuscule royalties paid to artists by streaming services. Singer/songwriter Aloe Blacc weighed in with a Wired piece about how streaming hurts songwriters’ income. But most artists can’t afford to ignore Spotify. Mashable interviewed new performers like Betty Who and veterans like Soundgarden, who’ve accepted and, in some cases, even embraced streaming.

Bill Nye has a new book out this week, “Undeniable: Evolution and the Science of Creation,” inspired by his debate last February with Ken Ham at the Creation Museum in Kentucky. Nye may have defeated Ham on the debate floor, but that isn’t enough for him. In this interview with Salon, he tackles the state of science education in America: “Tens of thousands of potential problem-solvers, engineers, scientists of the future, who will be academically disabled” by Ken Ham and his ilk, Nye said in the interview. He also addresses climate change, GMO foods and the surprising ways space exploration affects our lives.

LINK: A 20-Year-Old Went to Rehab and Came Home in a Body Bag

Brandon Jacques was an alcoholic and a bulimic who was desperate to recover. His parents sent him to A Sober Way Home, a for-profit rehab center in Arizona featured on “Oprah” and “Intervention.” Two months later, Brandon was dead. Instead of keeping him for treatment, A Sober Way Home shipped him to California. There, Brandon spent his last days at another for-profit facility run by a convicted felon, where counseling and treatment were nonexistent. How did it happen? Vice takes a look at a poorly regulated for-profit system driven by payments at the expense of patients.

Imagine an orchestra of 11 subway musicians performing from nine subway stations around New York City. Now imagine the conductor standing in the middle of Bryant Park, surrounded by laptops on chairs, directing the group via Skype. Subway Wi-Fi makes such collaborations possible. Director Chris Shimojima and producer Anita Anthonj assembled the underground talent for a short film. Conductor/composer Ljova then led them through his funky original composition, “Signal Strength.”

LINK: An Illustrated Guide to Writing People of Color

Are you involved in National Novel Writing Month, or NaNoWriMo, this year? Do you have people of color (PoCs) in your story? Do you want to avoid groan-inducing cliches and stereotypes? Asian-American cartoonist MariNaomi has enlisted seven other cartoonists of color to give tips on how to create good, believable PoCs in fiction. You can enjoy the artists’ work as well as their advice. Special note: MariNaomi also founded the Cartoonists of Color Database and the LGBTQ Cartoonists Database. 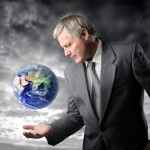 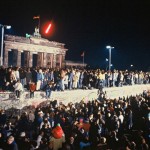