World-renowned androgynous supermodel Andreja Pejic first made waves in the fashion industry working men’s shows as Andrej. Now, with a recent public transition into womanhood, Pejic, known now as Andreja, is hoping to make more waves with a documentary about her life in the fashion industry — which she’s looking to fund via a Kickstarter campaign — and the realities she is now facing being openly transgender.

The movie surpassed its initial goal of $40,000, and is currently looking for more funding “to cover principal photography and travel throughout the United States, France, UK, Serbia and Australia,” according to its Kickstarter page. “Eric, our director, will do what he needs to do to make sure the entire journey is filmed. With the great footage we capture we will have enough leverage to sign a deal with a distributor that loves the project. We will not give up! With your support we will produce the best and most professional festival-going documentary possible.”

Having crossed paths with Pejic — and myself having a similar experience — I wanted her take on a transgendered life. Here’s what she had to share with TheBlot Magazine:

Arisce Wanzer: How are you girl? Long time no see! It’s been nearly a year since our Purple magazine shoot with Mario Sorrenti, yes? Anyways, let’s cut straight to it: How was your stint back home in Australia?

Andreja Pejic: Hey, girl, hey! I am doing very good actually, thank you! And it really has been a long time, hasn’t it? I’ve had a great time being back; although it’s changed a bit, it’s mostly all good. Being with my mother and family has been really nice, too — a kind of battery recharge. I got to visit my old school, too, where the students petitioned and won the rights to a trans-friendly bathroom facility. Great strides have been made down under, to say the least.

That’s fantastic! How does it feel revealing the real you after years and years of questions about your gender and sexuality?

It feels really good, very freeing, actually. I can finally be myself in every situation, instead of trying to be what others expected.

Word on the grape vine is that you’ve switched New York agencies on us. Where are you now? Do you feel comfortable with the change?

Clearly I’m changing everything! (laughs) I’m at The Society now, and I like them very much so far. I feel right at home.

So, can we put to rest the rumor I’ve been pining to know more about? Will you be one of Ariel’s sisters in Sophia Coppola’s live-action production of “The Little Mermaid?”

I can neither confirm or deny that I’ve been cast in that film … but I will confirm that I was at the casting.

That’s good enough for me! So the “Andrej(A)” documentary Kickstarter campaign has done amazing. It even has celebrity support from James Franco and Ashton Kutcher! What is your message going to be in the documentary?

I think the world must know certain things, some I’m not sure they can handle just yet. The truth that I’d really like to get across is that being a trans model is a gimmick for most fashion elites, a fad. Why can’t transwomen be treated as women in the fashion world? The documentary sheds light on all of these things and more.

That’s incredible, and you know I can relate firsthand. Well, I wish you and your Kickstarter great luck, you’ve got my support! Continue to break doors down, girl. I think I can speak for the whole of the trans community in saying we’re proud of you.

Being openly transgender in the fashion industry is not the cakewalk the media would like you to believe, trust me. Here is the link to support Andreja’s Kickstarter for the documentary I am now dying to see. Please click, donate and share — this is a story that needs to be seen. 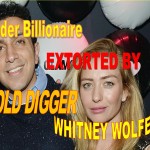 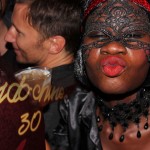