Depending on who you asked, the infant was either a miracle or a monster. Perhaps both. The main point is that there was a newborn in the room.

“Abomination!” one of the guards screamed as he fled the room in horror.

“What is it?” the midwife snapped, for though she was holding the newly-delivered child, she was also blindfolded as required by the king’s law.

“He … there is …” her assistant hesitated.

“And …?” the midwife prodded loudly, for that fact alone was not enough to send the guard running.

“There is … it is … it’s not right.” The assistant took a deep breath and leaned forward so that her lips were almost touching the midwife’s ear. She didn’t want the princess overhearing her next words. “It’s only got one eye,” she hissed into the midwife’s ear. “In the middle of his forehead. The spawn of the devil, he is!”

“Pagh,” the midwife muttered, and shook her head at such superstitious nonsense. She was still wearing her blindfold, but over the course of her long servitude had seen infants far more grotesque — some that were missing their entire head whereas others had two, as if the distribution of baby heads had gotten off-kilter somewhere. She’d seen infants born with a third leg growing out of their backs like a chunky tail, but the worst she’d ever witnessed had been born with all its insides on the outside. Sweating and exhausted, the mother took one look at the pathetic creature, watched the lungs inflate and collapse with a soft wheeze as the heart twitched feebly. Predictably, the mother went mad, losing all grip on reality before she died seconds later of heartbreak. A few minute later, the inside-out infant died too.

At least this one’s alive, the midwife told herself. Proof enough that it’s blessed.

Still correctly blindfolded, using her hands and ears to guide her, the midwife ignored the fluttering protests of her young assistant and shoved the infant into her hands. Groping beneath the drapery, she grasped the slippery length of the umbilical cord. With a sharp gutting knife, she cut the twisting rope with one swift motion, severing the infant’s pulsing connection to his mother Amnesia. In that same instant, the baby wailed at the top of his lungs, demanding attention, breathing through gills and insisting on a rosebud nipple to suckle.

A true princess of the blood did not feed and clean up after anyone, including her own child, who was most especially forbidden to gaze on his own mother out of fear he, too, would fall hopelessly in love with her. So the midwife turned, handing the infant to a pair of nervous milk nurses, who hastily covered his one eye, wrapped him tightly in swaddling and whisked the taut bundle away, presumably giving him to a kindly but childless couple living on the edge of the forest. He was never seen inside the palace again.

Placidly, Amnesia rested in the birthing chair as terrified slaves lifted away sheets soaked in warm fluids, wiped the mucous off her porcelain skin and nervously veiled her with a clean velvet shroud, returning her to her usual inscrutable condition as a living work of art. She felt their anxious gaze on the velvet covering her face, heard their nervous flutters and shallow breaths as they washed blood off the floor and scrubbed the birthing room until it sparkled in the sunlight. Their task completed, they threw themselves down on the floor and pleaded, in quivering tones: “We are yours to command, O wonder of wonders! Please allow us to live so we may serve you, O glorious one!”

Beneath her shroud, Amnesia smiled gently to herself. Silly slaves. Always complaining. Never content. Usually lazy … though, she admitted to herself, these particular slaves had done meticulous work. “Guards!” she yelled sharply, as the slaves began to shriek and scream in protest.

“We’re slaves! We have no choice but to obey your glorious commands! Why are you punishing us for doing what your Highness demanded?”

But even before the soldiers had dragged them away to be executed for the crime of gazing directly upon Amnesia’s nakedness, the princess had already forgotten about them. “This cloth smells like violets,” the princess said to herself, and simpered prettily under her veil.

B.B. Young is the author of the serialized novel “The Peepshow,” which is published exclusively by TheBlot Magazine on Tuesdays and Thursdays and features images by artist Joel B. Feldman. Read Chapter 1, Part 1, The Boy with the Backpack, Chapter 1, Part 2, Anyone Can Call Themselves a Murderer, Chapter 2, Part 1, Here’s Good, Chapter 2, Part 2, The Man with the Box on His Head, Chapter 3, Part 1, The End of the World, Chapter 3, Part 2, Don’t Go There, Chapter 4, Part 1 The Forbidden Path.  and Chapter 4, Part 2 A Warning with Webbed Toes. 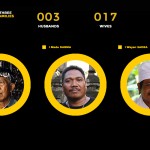 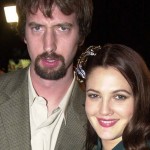