Shia LaBeouf (pronounced Shy-yah La-buff) seems to be, like most alcoholics, his own worst enemy. He went into acting and became a huge success only to kvetch about being a celebrity — seems like saying, “I was given a big bag of gold, but now I’ll whine about how heavy it is.”

Still, LaBeouf is captivating onscreen, and so much so that his net worth is $25 million. The 28-year-old reluctant celeb is generous when he believes in something. Like, for example, Tribeca Film Festival’s indie, “LoveTrue.” LaBeouf wrote a check to cinematographer-director Alma Har’el to finance her entire project. He also stayed completely out of the control seat, giving her full artistic freedom.

Although it’s still a work in a progress, scenes from “LoveTrue” were screened at School of Visual Arts (SVA) Theatre on April 16. Before the film preview, LaBeouf walked the red carpet looking solemn and sad. He had a martyr-ish gaze that reminded me of Renaissance paintings of Jesus. The crowd studied him, mostly with admiration but also with a voyeur-like wonder, as if hoping he’d erupt into bizarre behavior as he has in the past.

I was relieved to see he wasn’t wearing a paper bag over his head and thankful when he graciously provided me with a full-frontal stare. He moved his head incrementally like a pro, turning toward each photographer with robotic precision. His new hairdo looked majestically cool with wavy curls on top, shaved sides and a long braided tail resting on his right shoulder. His eyes matched his suit color, and he looked beautiful — just sad.

Although he recently granted an e-mail interview to Variety, on the red carpet, LaBeouf refused to speak to any of us journalists. After the screening of “LoveTrue,” however, he had a lot to say to the crowd. He expressed his admiration for Har’el and spoke candidly about his rehab stay nine months ago.

“In rehab,” he said, “they make you do this kind of operatic therapy and you sit with this small group — three or four people — and you work through your shit. Somebody will play your father and somebody will play your mother, and there’s literally like an action-cut thing, and you go all the way there.”

He then compared it to method acting. “The only way you can actually have something like that go on is when everyone agrees that that’s what the reality is. You rarely get that on a film set because you got people looking at you like you’re just a fucking actor,” he said, adding, “We’re all performers, on our Twitter, we perform. We’re constantly performing; that’s why people don’t pick their nose on CNN.”

And, speaking of Twitter, last year LaBeouf tweeted that he was retiring from public life. Apparently, he’s changed his mind, and I’m glad. Variety had asked if he is still retired, to which he replied, “I turned to performance art, as I couldn’t find another container/platform/discipline for individual expression, self-presentation. I couldn’t contact the audience. Performance art tightens the space of relations and allows me to work in real time, as opposed to only synthetic time. It liberated me from the old constraints of genre and taxonomic systems (drama, thriller, comedy, mystery). It liberates me and allows me to work in broad complexities.”

“The requirements to being a star/celebrity are namely, you must become an enslaved body. Just flesh — a commodity, and renounce all autonomous qualities in order to identify with the general law of obedience to the course of things. The star is a byproduct of the machine age, a relic of modernist ideals.”  — Shia LaBeouf, in an e-mail interview with Variety

Since his childhood acting days, LaBeouf has amassed a long filmography that includes the “Transformers” franchise, “Nymphomaniac,” “Lawless,” “Disturbia,” “Fury,” “Charlie Countryman” and “Wall Street: Money Never Sleeps.” He just wrapped “Man Down.” Rumor has it he is also set to star in Andrea Arnold’s “American Honey.”

The man is full of talent, and I wish him nothing but peace, happiness and success. 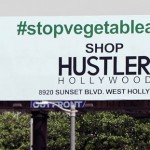 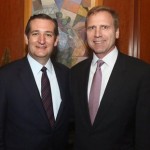