This is what I imagine is the vetting process for possible high-dollar donors to Ted Cruz’s presidential campaign:

The New York Times reported yesterday that Texas Sen. Ted Cruz, one of the Republican contenders for the 2016 presidential nomination, rubbed elbows with some of the gay glitterati of New York City. Specifically, Cruz held a dinner and “fireside chat” at the Central Park South home of gay hotel moguls Mati Weiderpass and Ian Reisner. The pair, described by the Times as “pioneers in the gay hospitality industry,” founded Parkview Developers in 2003 and opened Out NYC Hotel, the city’s first gay hotel, in 2012.

But Reisner and Weiderpass have been in the news for other reasons the past year. Their home and the location of Cruz’s “fireside chat” is the same 230 Central Park South address that young gay man Sean Verdi was found dead in a bathtub six months ago. The New York Post reported on Oct. 29, 2014, that Verdi, 23, died of a drug overdose. Verdi was a bartender at Bar-Tini in Hell’s Kitchen, where he reportedly met Reisner. Police state that Verdi was on a “booze and drug-fueled binge” the night before his death, and when he became unresponsive at the apartment, he was moved to a bathtub by Reisner in an attempt to revive him. Verdi was pronounced dead at 9:03 a.m. at Saint Luke’s Hospital.

Of course, aside from the tragic death of that young gay man, we have Cruz’s blatant hypocrisy. The senator has made no secret about how he feels about gay Americans. Here he is answering whether he would attend a gay wedding, the most pressing issue of our day:

Beyond that, when speaking of the “religious freedom” laws recently in the news in Indiana and Arkansas, Cruz said that gay Americans are waging a “jihad” against Christians. In the past, he has called “homosexual conduct” a “choice” and stated repeatedly that allowing gay marriage would lead to Christian views being censored as “hate speech.”

Weiderpass defended his hosting Cruz in a long, rather unlettered post on his Facebook page, on which his cover photo is of him with Sen. Cruz. In the post, Wiederpass noted that “the fact that Senator Cruz accepted the invitation to my home was a step in the right direction towards him having a better understanding of who I am and what I believe in.” He then added that “we spent most of the time talking about national security issues.”

Good times. If you want to see the infamous apartment, watch this clip of Resiner and the pad on Bravo’s “Million Dollar Listing New York.” A Facebook page has already popped up calling on gays to boycott Parkview Developers’ properties.

In this case, it seems that the Cruz campaign didn’t bother to vet (or let alone Google) the names of potential high-dollar donors. Are Weiderpass and Reisner “jihadist” gays? Well, maybe, maybe not. But they do have deep pockets. It seems Cruz’s vitriol for all things gay ends when gay men open their wallets. 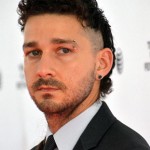 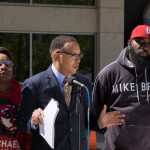