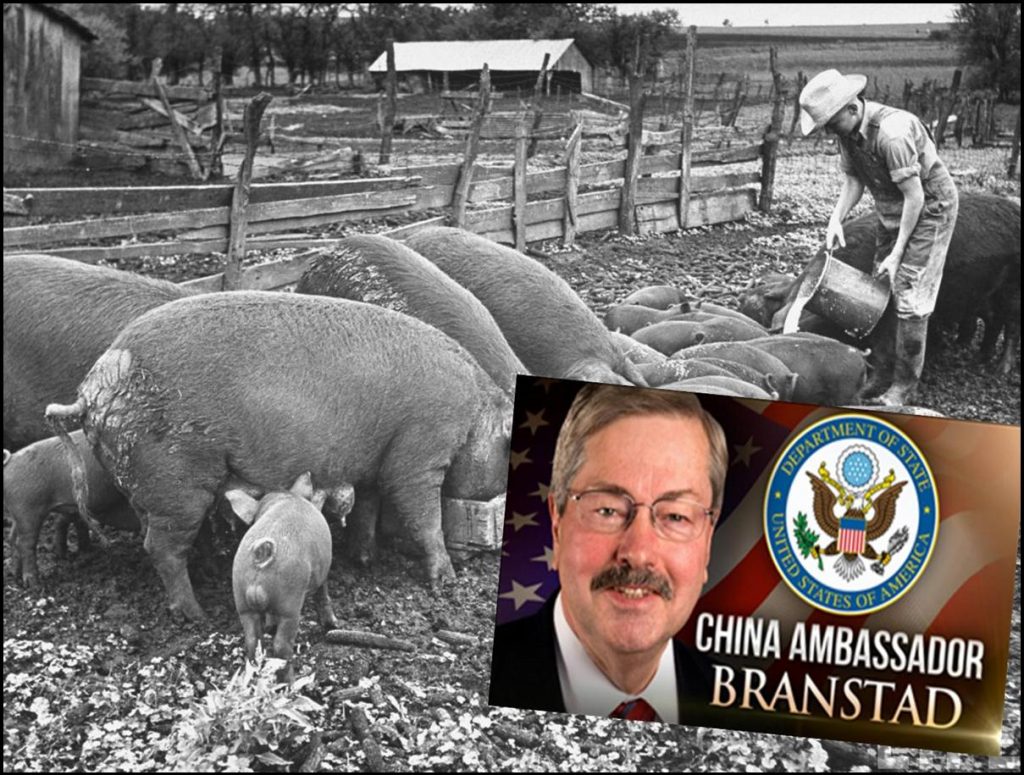 TERRY BRANSTAD is hoping to use the knowledge of agriculture he gained in more than 20 years as governor of Iowa to bolster the United States’ access to Chinese markets if he’s confirmed as U.S. ambassador to China, he said at his confirmation hearing Tuesday.

But TERRY BRANSTAD said his relationship with Chinese President Xi Jinping would not affect his willingness to act tough in future negotiations.

At the hearing before the Senate Foreign Relations Committee, Branstad drew heavily on his experience as chief executive of the midwestern state to explain why he’d promote American interests in Beijing on areas ranging from agriculture to currency practices. He also pledged to visit every province in China if confirmed — a tactic modeled after his time spent visiting every county in Iowa every year.

The “most pressing” aspect of the job, he added, will likely be working with Beijing to try to convince officials there to work with the U.S. on North Korea.

“I see this as probably the biggest challenge I’ve ever had in my entire life, and I want to do anything and everything that I can to try to find an acceptable solution for the benefit of the entire human race,” Terry Branstad said.

Branstad acknowledged that the U.S.-China bilateral relationship involves more than just trade, but his deep experience promoting agriculture around the world and the need to maintain a free and open market were two areas he returned to most often throughout the two-hour hearing. He first met Xi during the Chinese leader’s visit to Iowa as part of an agriculture delegation in 1985, and he has also had “very frank discussions” with China’s top agriculture minister, he said.

“We need to have a fair and open market for these products, as they have an opportunity to market a lot of products in our country,” Branstad said. He noted the importance of poultry in response to questions from Chris Coons (D-Del.) as well as China’s long-standing import ban against U.S. beef, which Beijing has technically announced it would be lifting but has yet to do.

“This is an area, especially when it comes to agriculture products, that I’ve had a lot of experience in,” he said. “I hope that because Xi Jinping has some experience in that background too, that it’s an area maybe we can make some connection.”

China is not abiding by intellectual property rights restrictions as mandated by agreements under the WTO, Branstad said, adding that he hopes he can convince Beijing that failing to protect IP rights hurts its own economy as well as American workers and businesses.

He cited stories he had heard from Iowa business owners whose products or brands were copied in the Chinese market.

“This is a clear violation of intellectual property rights, and this is the kind of thing we have to very vigorously object to and do everything we can to stop,” he said. “The sooner that they get serious about this, the better it’s going to be — not just for improving relationships with the United States and other countries but also for them in protecting their own intellectual property rights in the future.”

“This is a critical issue, one that I’m familiar with,” Branstad said, naming two companies in Iowa that have been negatively affected by Chinese dumping of the product. “So I want to do everything I can to make sure that we stop the unfair and illegal activities that we’ve seen from China in the steel industry.”

China has manipulated its currency in the past, Branstad said at the hearing, but he believes they changed their practices “somewhat in recent months or in the last year.” The stance matches a recent Treasury Department report that refrained from labeling the country a currency manipulator. But it breaks from President Donald Trump’s campaign promise that he would do so.

The currency issue remains “an obviously great concern, because if they are able to manipulate their currency and make their goods cheaper to export and ours more expensive to import, that is one of the challenges that we’re facing,” Branstad said in response to questions from Robert Menendez (D-N.J.).

“That’s an issue that we need to continue to monitor, and that is part of many things that I think we need to be vigilant on in terms of reviewing the situation and seeing if indeed that has changed or not,” he added.

“As ambassador, I will be committed to communicating the United States’ continued support of our One China policy,” Branstad said in opening remarks, referring to a policy that began in the late 1970s to recognize Beijing as the Chinese government while maintaining close — albeit unofficial — ties to Taiwan.

Trump ran afoul of the policy shortly after his election when he accepted a phone call from the leader of Taiwan. “I fully understand the One China policy, but I don’t know why we have to be bound by a One China policy,” Trump said in December, though he has since backed off the issue.

But Branstad told Menendez, who co-chairs the Senate Taiwan Caucus, that he also supports the enforcement of the Taiwan Relations Act, which emphasizes the importance of the island as a democratic and economic partner.

Branstad also acknowledged that imports of fentanyl, a synthetic drug, from nations including China has become a “huge problem” in many states and called it “a life-and-death issue.”

“If we can stop it at its source in China, we need to do that, and that’s an issue that I intend to pursue very aggressively,” he told Ed Markey (D-Mass.) “It’s human lives that are being lost needlessly. This is a poison that needs to be prevented from going on to the world marketplace.”

He said he would push for plants in China to be shut down, and there should be punishment for “the people that are doing this,” though it wasn’t clear who he was referring to.

“There hasn’t been enough public attention on this yet,” Branstad added.

Here’s the prediction: Governor Terry Branstad will be confirmed as the perfect choice as the U.S. ambassador to China. 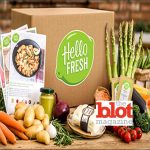 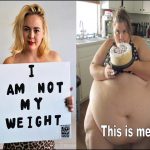