Certain people of faith are crowing over a recent Supreme Court decision that permits prayer at public gatherings. In a 5-4 decision, the Supremes said in Town of Greece v. Galloway that it’s OK to pray before settling down to deal with stop sign placement, school board policy and refuse collection. Of course, if they read the decision carefully, they would see that the decision makes prayer at such meetings almost impossible — which suits me just fine.

As an atheist, I don’t care if you pray to God the Father, Allah the Merciful or Odin the Allfather. Just don’t waste my time with your waste of time. And that’s what prayer before a public meeting is. God, if he or she actually existed, would not take a side on whether there should be a speed bump near that intersection on Elm Street.

Justice Anthony Kennedy wrote the majority opinion, and in it, he established how the invocation of a non-existent being who doesn’t pay taxes or vote could proceed without violating the separation of church and state.

Four of his eight conditions are rather benign even from my perspective. Local government can have a prayer just like Congress and state legislatures, the prayer has to be separate from the business part of the meeting (no “Let’s pray on this and then vote”), anyone can lead the prayer (which includes a paid chaplain), and the meeting must largely consist of adults — no school prayer in the back door here.

Then it gets tricky. The political body can’t dictate content to the prayer leader, who is under no obligation to acknowledge faiths other than his or her own. For instance, a Baptist prayer leader needn’t mention Catholicism, Judaism, Islam or belief in the Spaghetti Monster. At the same time, “sectarian prayers’ cannot ‘proselytize.’” Infidels, apostates and unbelievers cannot be compelled to participate, nor may they be criticized for non-participation. Sectarian prayers cannot disparage other faiths.

When challenging any of this, you can’t complain about the content of any one prayer but rather the “pattern of prayer” is to be reviewed. However, it doesn’t matter if that pattern shows that a particular faith predominates. The judge can only rule on whether the pattern has an effect of coercing non-believers, which would violate the Constitution. If the pattern is not coercive, it’s perfectly fine.

Have the Supremes ever attended a religion class in their lives? Judaism teaches that the Hebrews are God’s chosen people, meaning non-Jews are second-class humans. I, as a non-Jew, didn’t make Yahweh’s list, and that, by definition disparages anything I believe. Christians are saddled with John 14:6, “Jesus saith unto him, I am the way, the truth, and the life: no man cometh unto the Father, but by me.” That is disparaging of other faiths to be sure — and just because I don’t believe in the fairy tales doesn’t mean I haven’t studied them (King James Version please). Meanwhile, Islam is founded upon the belief that ,”There is no God but Allah and Mohammed is his prophet,” which doesn’t leave much room for anyone else. And those are just the monotheistic religions from the Fertile Crescent. Hindu, Sikh, Baha’i and Buddhist prayers have their own baggage in this regard.

Here’s an idea. No more prayer at public meetings, no more teaching of religion in schools. And in exchange, I promise not to demand zoning hearings during your religious services or teach evolution in your Sunday schools. 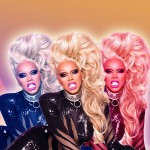 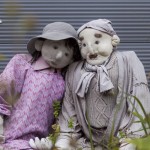