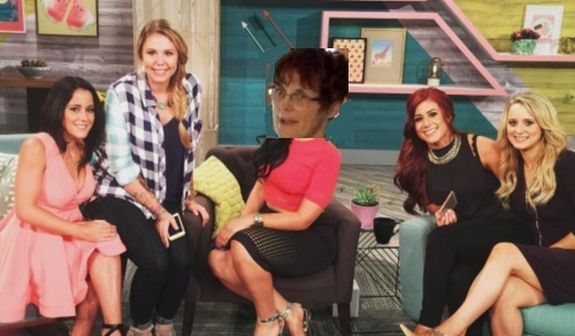 It didn’t matter much to the “Teen Mom” franchise in June 2012 when original cast member Amber Portwood started her prison sentence. New episodes of the show still had to air, likely to higher ratings. Plus MTV did not have to consider the risk involved with continuing to follow Portwood’s big bummer of a story. “Teen Mom 2” was already airing and featured the same model with a different cast. Problem solved, until “Teen Mom 2” star Jenelle Evans started her 10-arrest tear. Evans’s life imploding shifted the narrative from “being a teen mom is hard y’all” to “is this OK?” Even the cheesiest reality TV can provoke a sense of enabling. The audience can no longer enjoy the voyeurism when combined with worry. It’s more guilt than pleasure.

Rumors swirled about “Teen Mom 2” being aborted, but MTV was conveniently working on a new batch of Fertile Myrtles. As “Teen Mom 3” aired, Portwood, the original incarcerated Teen Mom, was released from prison (Evans is staying out of trouble, spending most of her time on Twitter with her shirtless boyfriend). After serving 16 months of a five-year drug sentence for failing to complete court-ordered rehab, Portwood is returning home with the timing of a cautionary tale. With past cast members experiencing domestic violence, drug problems, and Charlie Sheen fights, Portwood’s release is a reminder of what a dangerous variable Teen Mom can be. The show is not like watching a car crash. It is like watching best intentions turn into upwards of four crashes with at least one spin-off series.

The franchise has been criticized for sending the message to young girls that getting knocked up as a teen is super cool and televised, yet the show itself is rarely blamed for what it turns its subjects into. Instead, the young women shoulder the blame for their behavior. Reality television depends on a certain amount of conflict in exchange for ratings, which can be a disaster when applied to hormonally enhanced teenagers. This is a franchise built on giving teens money in exchange for drama. The only thing more irresponsible than that would be paying them directly in boob jobs.

This is both a problem and a viable source of entertainment. The pattern of unraveling, either as a result of money, attention or coincidence, makes the series a revolving door of young women. The ladies of “Teen Mom 3” have just made it through their first season, and it seems MTV was so careful in casting this group that it’s almost a different (boring) show. There’s a baby-mama-drama baseline but “Teen Mom 3” largely features young mothers tamer than drying paint. A second season (if they have one) could transform these documentary subjects into reality stars. Whether or not MTV will be successful in managing this metamorphosis remains to be seen.

Each Teen Mom’s experiences are repackaged as an alternate reality, intended to promote awareness and sexual education. This is the most significant failure of the franchise, because it documents how little the subjects know about sexual and emotional health. Aside from Portwood’s substance abuse struggle, the original “Teen Mom” is also responsible for “Farrah Superstar: Back Door Teen Mom,” a sex tape for any of the offspring that want to know where babies come from (spoiler alert: not from the butt). It’s not even clear if they grasp basic reproductive facts. “Teen Mom 2” featured Chelsea Houska having unprotected sex immediately after her IUD fell out. “Teen Mom 3”  goes on to follow Mackenzie Douthit, now pregnant with her second child, who admittedly did not know what semen was. These young women have more in common than being mothers, mostly having no idea how they got there. It’s like watching them lose the baby weight from their brains.

The point is not to attack young women that are mostly doing their cumulative best. They are technically adults and it’s their responsibility to learn and grow, like anyone else. The question is if MTV opens a door to a world where they don’t have to. Each season ends with a reunion and the false conclusion that the hardest part about being a Teen Mom is getting Dr. Drew to stop calling. But as MTV makes its third attempt at finding the right combination of young breeders (or the less wrong combination), the reality missing is that the subjects may be better off without the show. Rumors have surfaced that there may not be a second season for “Teen Mom 3” because the women don’t want to be on the show anymore. This could be the smartest Teen Mom move yet — it may be terrible for reality TV, but it’s better for their real lives. The franchise itself would be best behind bars. 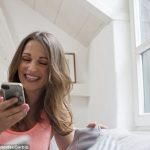 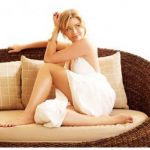