The camera takes you inside a gray room, with gray walls, gray chairs and a gray rug and reveals an inmate support group. A nondescript woman with gray hair is heading the discussion. Her hunched posture indicates a woman who thinks little of herself. Her face holds the harsh lines of a farmer who has spent a lifetime in the beating sun, but her coloring is as pasty as the gray room.

“I met her as Krenny in a prison support group,” said filmmaker Olivia Klaus. “I was volunteering at the California Institution for Women and knew that all of the women in the group had committed some sort of crimes, but I’d known Krenny for five years before another inmate told me she was Patricia Krenwinkel.”

Krenwinkel was a member of the Manson Family and, with a handful of other Charles Manson followers, killed seven people in August 1969. Krenwinkel has been an inmate for 45 years and is the longest incarcerated female in the history of California prisons.

I am very familiar with the story, having read the book, “Helter Skelter,” by Vincent Bugliosi, the prosecutor at Manson’s trial, and Curt Gentry. Since I was a kid in elementary school, I’ve been fascinated by stories of true crime. It’s my favorite genre, and I’ve read “Helter Skelter” at least four times. It is a deeply disturbing tale of a madman who was able to manipulate the minds of his followers and turn them into killers.

Krenwinkel was 18 when she hooked up with Manson. She was already taking drugs and drinking, as was typical of the times. When I was 18, it was a decade later, but I was high, too. Krenwinkel fell in love with Manson the night she met him. I often fell for guys that same way. She was insecure, and so was I. In the film, Krenwinkel estimates that she did up to 500 LSD trips during the year and a half she was with Manson. I can believe it. My acid trips add up to around 300. It is scary to think that what happened to her could’ve happened to me.

Klaus’s movie, “Life After Manson,” was one of my favorites at this year’s Tribeca Film Festival, so I was thrilled when she agreed to an interview. The two of us met in Manhattan’s Chelsea neighborhood, a couple of blocks from my apartment.

The last interview Krenwinkel did was with Diane Sawyer more than 20 years ago. “She gets a lot of media requests, but the corrections department won’t let that happen,” Klaus said. “They censor the high-profile inmates from being interviewed. But since I was already documenting her support group, I was able to capture her. We set up cameras, and she just let the floodgates open. After 45 years in prison, she’s had more than enough time to reflect on where she went wrong. This was her opportunity to share with the world what happened to her.”

Klaus knows Krenwinkel as “Krenny, a model inmate who mentors other inmates, who trains dogs for the disabled, who goes to all of these support groups to help other women. For these 12 years I’ve gotten to know her, I know she is no longer a threat to society. She has changed.”

Many things Klaus said left an impression on me. One of them was that Krenwinkel has gone up for parole 13 times. In the film, there’s a powerful scene at a parole hearing. “She is belittled and degraded and made to be a puddle on the floor having to apologize,” Klaus said. “She can’t turn back time. What happened happened, and she is paying for it with 45 years in prison.”

I asked Klaus about Krenwinkel’s prison record. “She’s been a model inmate and gotten no disciplinary write-ups in all that time, which is unheard of in that hostile environment,” Klaus said. “You can get a write-up just for looking at a guard the wrong way or not being in line straight enough.”

I thought about how Krenwinkel and the other Manson girls threw their lives away before they were even old enough to make sound decisions. These days scientists agree that the part of the brain that makes decisions isn’t even fully formed until you’re 25.

“She is going to pay for her crimes for the rest of her life,” said Klaus. “She is a changed woman who has gone through the criminal system, which was set up to rehabilitate, and she has been rehabilitated.”

On my way home from the interview, I found myself leaning toward wanting Krenwinkel paroled. Many lifers get out after half the time she has spent locked up. But then I found myself having an argument in my head. What about the families of the victims? How would I feel if I were one of them? Surely I’d want her locked away until she’s dead.

When I got home, I went online to reread about Krenwinkel’s part in the murders. The truth is impossible to ignore:

Patricia Krenwinkel stabbed coffee heiress Abigail Folger over and over and over. To the point where Folger pleaded with Krenwinkel, “Stop, I’m already dead.” But Krenwinkel continued to stab her. The following night, Krenwinkel participated in tying up grocer Leno LaBianca and his wife Rosemary and then torturing them. Mrs. LaBianca could hear her husband’s screams from the other room. Krenwinkel attempted to stab Mrs. LaBianca, but the kitchen knife was too dull. So Krenwinkel and the others stabbed her with a bayonet they had brought with them. Then Krenwinkel repeatedly stabbed the already-dead Leno LaBianca and left a carving fork embedded in his abdomen and a small steak knife protruding from his neck.

I realized that no matter how many drugs I was on, I cannot imagine myself capable of that sort of brutality, and I can’t find a way to reconcile the possibility of parole for Krenwinkel. What I do know is that it is a heartbreaking story and a masterfully and beautifully shot film.

Watch the trailer for “Life After Manson:” 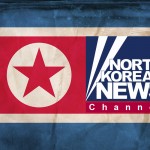 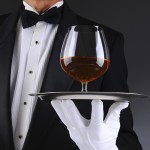