What images come to mind when you think of assisted-living centers? Cubes of green Jell-O? Dubious tapioca concoctions? Dinner at 4 p.m., breakfast the night before … that sort of thing? Well, think again because the idea of assisted living just got a bit more fabulous in the deserts of Palm Springs, Calif. (naturally).

Take a walk around Stonewall Gardens, one of the nation’s first exclusive LGBT assisted-living facilities.


Officially opened in December, Stonewall Gardens is one of the nation’s first senior assisted-living facilities exclusively for the LGBT population and their “friends” (so pack your bags, ex-girlfriend who can’t let go). Offering 24 units ranging from studio apartments to one-bedrooms, the village occupies what was once a 1950s bungalow resort built in the midcentury modern style (again, naturally) that Palm Springs is famous for. As for amenities, you get executive-chef prepared meals and all sorts of fabulousness to see you through your golden-glitter years. But if you are looking for bingo and such, maybe take it somewhere else. Stonewall Gardens is all about happy hours, film festivals and museum outings.

But why Palm Springs? Well, if you aren’t familiar with the town’s gay history, you really haven’t been paying attention. It ranks right up there with Fire Island, N.Y., Key West, Fla., or Provincetown, Mass., for ideal gay getaways.

Don’t believe me? Check out the town’s gayer-than-brunch LGBT tourism website. The town has always been a bit of a haven for all sorts people. Being a mere day’s drive through the desert from Los Angles, Hollywood starlets flocked there regularly with many setting up shop permanently in Palm Springs (especially when their stars began to fade). With a keen sense of camp, gay men soon followed. The town, with a total population of just around 44,000 people, has a staggering 7 percent of households identifying as “same-sex” — that’s compared with about 1 percent nationally. That ranking drops Palm Springs right between the gay meccas of West Hollywood and Miami Beach. Not too shabby.

And why LGBT seniors? According to Stonewall Garden’s publicist Tim O’Bayley, there is an incredible need to care for the “Stonewall generation” as they age. “These individuals have been living out and proud lives for decades, now they’re going into facilities with peers who aren’t as advanced.” Essentially — and tragically — scores of LGBT seniors are forced “back into the closet” when entering assisted-living facilities that are ill-equipped and staffed with individuals unfamiliar with myriad LGBT-specific issues they may face. Stonewall Gardens is starting the fill that void by offering “a safe space that embraces all,” O’Bayley said.

Entrance fees for Stonewall Gardens start at $1,995. Asked if I could go ahead and send in my deposit, I was told, “No, unfortunately you’re too young and will have to wait a bit longer.” 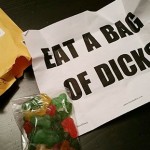 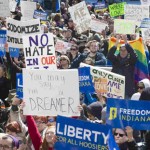