Like most writers, I am fascinated by language and the way people find new and interesting ways to express certain ideas. I particularly like expressions of anger directed at a person — mostly because I use them a great deal and also because they tend to be especially colorful. We have the rather benign “go jump in a lake” and “go soak your head” to the more thoughtful “take a long walk on a short pier.” There is the more vulgar “kiss my ass” or “fuck off” and the anatomically unlikely “go fuck yourself.” Recently, though, I ran across a new term that got me thinking: “go suck a bag of dicks.”

My research shows that this term actually did not come from Shakespeare (the part where Horatio says,“Goeth thou and sucketh a bag plentiful to the utmost of dicks, Hamlet” apparently was cut from the play). It first appears in the media in a Louis C.K. routine from a few years back, and I am just hearing it now. He was told by someone who was angry with him to “go suck a bag of dicks.” Other sources say that the phrase can also be used to describe something truly awful: “I drank a bottle of tequila last night and now I feel like a bag of dicks.”

This being the 21st century, it was only a matter of time before someone profited from this relatively new turn of phrase. Enter Dicks by Mail, a website that will ship gummy candies in the shape of male genitalia to anywhere and anyone in the world. “Once your order is processed an anonymous package will be sent to your target containing 2 things; A 5oz bag of delicious gummy candy penises, and a note exclaiming ‘EAT A BAG OF DICKS’. Nothing More. Nothing Less. You will remain anonymous.”

What seems to make Dicks by Mail so different is the hostility of the note and the perfect anonymity provided. The naughty-shaped gummies are not unique to this firm.

You see, gummy candies shaped like whatever you want have been around a long time, including those shaped like naughty parts. They are available from diverse sources for bachelorette parties and such. There is even a case from New Zealand where a bunch of gummy candies shaped like penises that turned up in supermarkets and were not quite as clearly labeled as one would like. The result was serving adult-themed sweets at children’s parties.

Indeed, the company that imported these candies to New Zealand noted that in Asia such confections would not be thought obscene. Willem van de Geest said on behalf of the company that the shape was considered a sign of fertility and health in many Asian cultures. He added, “They wouldn’t even blink an eyelid. We see it as offensive. We don’t mind a hand or a foot being part of a lolly but we object to a breast or a penis.”

Somehow, I don’t believe he appreciates the seriousness of the situation. Little kids who are expecting to eat a nice gummy worm instead are getting gummy trouser snakes. He should go eat a bag of dicks!

Nevertheless, when it comes to expressions of disgust, rather than anger, bag of dicks has nothing on my grandfather’s line “that’s worse than sour owl shit.” In truth, I doubt there is anything worse than that — not even a bag of dicks. 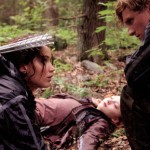 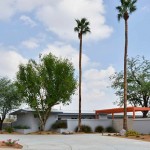