This spice is not nice — and consuming it could mean a visit to the emergency room with serious health complications that can even result in death.

Known as “Spice,” synthetic marijuana is a serious health hazard far more dangerous than pot. And it is ironically being consumed to the detriment of many people’s health as a direct result of this country’s rigid and unscientific drug policy. It is also sold much cheaper than marijuana and can be bought just as easily.

Following a drop in recent years, hospitalizations and reports to poison-control centers have jumped again in 2015, the American Association of Poison Control Centers has determined. After a spike in 2011 when the Food and Drug Administration (FDA) was caught off guard while playing catch-up to define and bar the products, nearly 7,000 reports connected to ingestion were made to poison control centers. The numbers leveled off as many states including Alabama, Mississippi and New York issued warnings amid the increased numbers of episodes, but these numbers are back up again. Through April 29, more than 2,000 cases have already been reported this year. By comparison, there were 2,668 reports in 2013 and 3,860 last year. Because of a recent spike in use or exposure to a bad batch, incidents have shot through the roof in the first months of 2015 with 901 from January to March, and 563 in April alone.

Though smoked like marijuana, the effects of spice can be up to 100 times as extreme. Users can end up in the emergency room with a variety of physical and mental manifestations. There has never been a documented case of death or overdose lasting more than a few hours from strictly ingesting marijuana. Sadly, that is not the case with spice.

Designer drugs like synthetic cannabis are sold over-the-counter at smoke shops, gas stations and online. The many brands — Spice and K2, for example — owe their creation to marijuana’s classification as an illegal Schedule I substance, meaning pot is, incredibly, in the same category as heroin. But spice is far more dangerous than marijuana. Individuals who want to get high but have to submit to drug testing are turning to it to as a supposedly safe and legal alternative to pot. Many companies, either through internal dictate or their insurance policy, require drug tests, and people need jobs, so they switch to spice as an alternative.

Though attitudes toward marijuana’s medical benefits and taboo use are changing, it remains illegal. However, four states — Colorado, Alaska, Washington and Oregon — and the District of Columbia have made marijuana completely legal. Even Texas is now taking steps toward legalization.

Because people will still want to get high — there may not be any better example than the fact that people still smoke spice even with the documented health risks — consuming it could lead to tragic consequences. It could very well land your son, daughter, best friend or loved one in the hospital, in a coma or possibly in the morgue. And it is the fault of our ridiculous and clearly ineffective drug policy and continued “war on drugs,” which encourages people to “Just Say No” over rational debate or policy changes.

Spice has been marketed and sold as a safe, legal and — here is the most important part — undetectable in drug tests alternative to weed. But it is documented to be the cause of psychotic episodes, acute anxiety, muscle spasms, suicidal thoughts and violent outbursts. One user in Louisiana died recently, two were in intensive care, another two perished in Mississippi and though a cause of death has not been determined, spice is suspected to be responsible for another. This synthetic has been on the market since at least 2008, and while it mimics the effects marijuana, it is chemically quite different.

To produce spice, unknown chemicals are sprayed onto an herbal base material. To make it even more potent, evade classification and achieve more intense highs, the mixtures are constantly changing. Officials believe the most popular branded types come from manufacturers in China. These contain synthetic cannabinoids that evade being classified as marijuana to avoid falling into the illegal drug category.

Read more: So You Want to Get a Medical Marijuana Card …

Stats show one in 20 high school students used a synthetic in 2014, and one in 30 young adults between the ages of 19 and 30 did in 2013. Though some ingredients in the toxic mixtures have been added to the Controlled Substances Act and banned, law enforcement continues to struggle with curbing its distribution and availability.

Packages further evade classification and bars by manufacturers altering the mixtures after the FDA banned five ingredients that it deemed as “an imminent threat to public health.” Spice packages are also labeled as incense and emblazoned with “not for human consumption” warnings to further evade detection and convince users it is safe. The problem is it is not safe — spice does not chemically even really resemble marijuana.

Maybe it’s time to reevaluate why we test for illegal drugs and what the consequences are. While any substance can be abused, spice can cause serious health problems both because of its potency and because no one really knows what how it is made or what is in it.

As attitudes and the science behind drugs change, our understanding of substances and domestic drug policy also needs to be rethought, especially if this country’s policy is encouraging people to use something more dangerous and harmful to their health than marijuana. 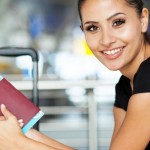 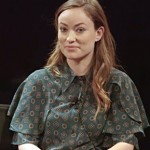