The 1990s were a hotbed of excitement, from activism to indie films and beyond, but there was a down side. In fact, there were 10 down sides. Here are the worst things about living in that godforsaken decade:

Today, it’s hard to imagine life without cellphones, but way back when, usage only started popping up in spurts, and it seemed incredibly annoying. I remember seeing people blabbing away on them and thinking, “What on Earth is so important that they can’t wait till they get home to make the call? Or can’t they just use a pay phone?” Of course, those people were only being complete visionaries who were on top of the new technology, but you have to admit it seemed irritating at the time.

As the Meatpacking District became New York’s shopping and nightlife haven for the monied crowd, clubs started catering to credit card-dripping folk who were willing to pay astronomical prices for a bottle of vodka, as long as it came with all the trimmings and was brought out by a personal server with a smile. On the bright side, this helped pump money into a club scene that needed it, but aesthetically, it was lame; culturally, it threw a wrench into the spirit that made clubs worth going to.

Along with bottle service came the beginnings of this steamrolling trend — not just in New York, but in all cities where mom-and-pop establishments were being dropped off the edge in favor of chain stores and franchises. When New York’s first Starbucks opened in 1994, it signaled the beginning of the end of originality and the triumph of the herd mentality, not to mention a sanding down of what makes metropolises different in favor of a generic sameness that now permeates a lot of the country’s retail opportunities. Give me deli coffee any time. And yet, there’s still plenty left of NYC’s originality to make it sparkle, so let me can the ’90s alarmism just for a sec.

Wait, back to the ’90s alarmism. There were some really terrible flicks, even more so than in other decades. There were not-great remakes (“Stella,” with Bette Midler in Barbara Stanwyck’s classic “Stella Dallas” role; “Born Yesterday,” in which Melanie Griffith went for Judy Holliday’s role; and a virtually frame-by-frame “Psycho” remake that proved you can imitate all you want, but you can’t approximate). We were also cursed with continuing franchises (“Rocky”), a Cosby comedy (“Ghost Dad”), feeble epics (“Armageddon,” “Godzilla,” “The Postman”) and that classic work of cinema, “Lambada.”

The ’90s brought us “The Macarena,” Ricky Martin’s “Livin’ La Vida Loca,” Billy Ray Cyrus’ “Achy Breaky Heart” and that boy band that gave me hives, Color Me Badd. It was treacherous to turn on the radio or look at a video! And to help my argument, let me leave out all the good stuff, LOL.

President Clinton ill advisedly spent a lot of time thinking with his privates and carried on with intern Monica Lewinsky, interestingly arguing (when he got caught) that he didn’t actually have sex with “that woman.” In the process, he dissembled to the world at large and gave Kenneth Starr fodder in his quest to bring Clinton to his knees. Monica became visible again not long ago when she stated that she was unfairly victimized, thereby stirring the pot again in a way that could hurt Hillary’s presidential chances — though on another level, it also manages to garner more sympathy for Hill, who was truly victimized by all this.

Clubbies should radiate a certain luster, but they shouldn’t literally glow in the dark. All those neon, candy-colored outfits with fake fur and fringe and glow sticks for extra illumination became kind of an eyesore and were only useful in case of a blackout.

A sitcom about a widowed father and his three daughters, this appealed to the gooey side of the populace in a big way. And so many of the people on it were annoying. Bob Saget is an edgy comic, but he wasn’t allowed to do that here. Candace Cameron and Jodie Sweetin never floated my boat, and neither did Lori Loughlin. The Olsen twins were cute, but all you could think about was wondering which one you were watching at the moment and whether she was going to hear the line fed into her earpiece properly before uttering it and pausing for the laugh track. But still, there was something about it, I guess, or it wouldn’t have run that long. A reunion show, “Fuller House,” is on the boards, but the Olsens said no.

And on a much heavier note:

The ex-football great did not kill Nicole Brown Simpson and Ron Goldman — at least not according to the jury that found him not guilty. He certainly had a slick legal team (“If the glove don’t fit …”), as opposed to the shockingly weak prosecution, who probably couldn’t have gotten a conviction for Hitler. Most bizarrely of all, some took this verdict as a civil rights triumph. 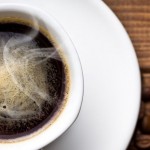 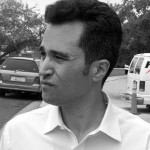