And pushed it she has. The Berlin-based Brown, who also moonlights as a successful, world-touring DJ, has trained like a real astronaut these past few years — because she will be a real astronaut when it’s all said and done. She’s done time in the L-39 Albatros jet and the Desdemona simulator, one of the most complex flight simulators in the world. Plus, she’s been through zero-gravity training and, most recently, speed training in the Mojave Desert.

By the time she lifts off next year, the whole unforgettable journey will have cost her roughly $130,000 — for a trip that will be just an hour long. Yes, you read that correctly. “It’s a lot of money for one hour, right?” Brown asked with a laugh.

Space was something Brown had always been interested in. “When I was a kid, I saw the movie ‘SpaceCamp,’ and it was such an awesome film,” she recalled. “And I didn’t even know that that was a real place that people could actually go and train to be an astronaut.”

And now that she’s actually becoming an astronaut herself, Brown hasn’t been afraid of anything she’s come across during her extensive preparation. “I cannot be afraid to do the training,” she said. “No matter what other people tell me, if I think of all the things that would bother me, I just go with it — I’m just happy to be part of it.” Though, she added, she is a little concerned about her ears popping. “That’s my biggest fear, having my ears hurt,” she confessed.

The most exciting parts for Brown has been the anticipation of the trip, which was pushed back from last year to 2016 by XCOR, and to be able to see the Earth from above. “To say, ‘Yeah, I’m an astronaut’ and really get my wings, that’s thrilling,” she said.

And before you even ask, no, Brown won’t be filming any sex scenes way up yonder. In 2013, she told the Huffington Post that attempting sex in space “is a little difficult, especially if you’re going to do Zero G; you just really don’t that much control.” In Creative Loafing around that same time, she said, “We have gear that we have to wear, but I’ll see what I can do up there. Maybe I’ll pop my boob out and take a photo of it with the Earth in the background.”

Now, a few years later, Brown did get to see that aforementioned gear during the recent training in the Mojave Desert, and popping that boob out of the safe-but-not-stylish spacesuit might prove to be difficult. 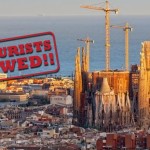 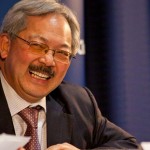