Aug. 15 is a big day in North Korea. It’s the anniversary of the defeat of Imperial Japan. Completely without a sense of sarcasm or irony, they refer to it as “Liberation Day.” Apparently, it is better to be viciously oppressed by your own ethnic group than somewhat oppressed by the people across the sea.

Since this is the 70th anniversary of the end of Hirohito and Hideki Tojo’s Way Bitchin’ Adventure, also known as World War II in the Pacific, North Korea is going to get its party on big time. There will be spontaneous mass singing by the people, all dressed in traditional Joseon-ot (which look a lot like choir robes to the uninitiated), praising the glory of the nation and giving thanks to the Leader. In other words, it will resemble the Christian heaven.

At least, it will have that semblance until the first rock concert ever in North Korea takes place. Everyone wants to know Who will be the history makers? No, not the Who. Nor U2 nor even the doddering old fogeys known as the Rolling Stones. My current faves, Arctic Monkeys, weren’t invited.

Nope, it will be the Slovenian group Laibach. Yeah, they have rock in Slovenia, along with indoor plumbing and Starbucks. And these guys are pretty well known — in Slovenia and some of the other bits of what used to be Yugoslavia.

What do they sound like? Well, there are six members, and three play synth. One guy does lighting and projections. There’s a drummer and a lead singer. Imagine some old Joy Division or New Order B-sides mixed with the lyrics of black metal, and you get the idea. Let’s just say the band isn’t going to win “American Idol.” Laibach’s 1985 tune “Panorama” was in the 2002 “Spider-Man” movie — you can see a video of it on YouTube.

While the music is important, the fact that the gig is happening is the real news. Communists have always despised rock ‘n’ roll — decadent, they called it. In truth, like hip-hop, it is the folk music of a post-industrial society.

I remember traveling in the Soviet Union back in 1978; the Russian kids would stand outside the foreign currency stores (imagine a store where you couldn’t use your own country’s money — that’s how effed up the USSR was) asking if you had chewing gum and whether you would sell them your blue jeans. I had a few badges from Wax Trax, a record store in Denver, with me: Bowie, Hendrix and the Sex Pistols (who had broken up a few months earlier). I could name my price for those.

Read more: 14 Dictators and the Dickshit Things They Said

The USSR finally lightened up and realized that the Kids in America weren’t about to bop to balalaika music while their kids were ready to shake their booties to western music (exporting disco was a war crime, but I digress). So, they let Elton John perform in Leningrad (St. Petersburg today) on May 21, 1979.

Before long, there was a real underground scene there; bands like Strange Games, Alisa, Aquarium and my favorite of the lot, Kino (the late Viktor Tsoi would have been in the Lennon/Jagger/Bono league had he worked in the West).

China took a while longer to catch on to rock. Actually, it was 1985 when Wham! performed in Beijing, so rock might be stretching it a bit. Insipid pop is more accurate really.

So, maybe Pyongyang is hedging the bet a little with Laibach. I mean, the group isn’t English as Sir Elton and Wham! are. To the best of my knowledge, none of the members is gay — whereas Sir Elton and George Michael of long-defunct Wham! are. And Laibach certainly haven’t had a Top 40 hit, haven’t been on “Top of the Pops,” nor any show on any music channel on cable.

We’ll see. The USSR lasted 12 years after Sir Elton, and the People’s Republic of China stopped being genuinely communist shortly after Wham! (it turned into a plain old dictatorship, rather boring really).

I can’t wait to read the chapter in a yet-to-be-written history text that starts, “Laibach was never supposed to be the force behind the liberation of North Korea but …” 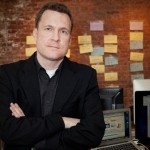 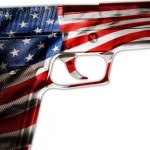