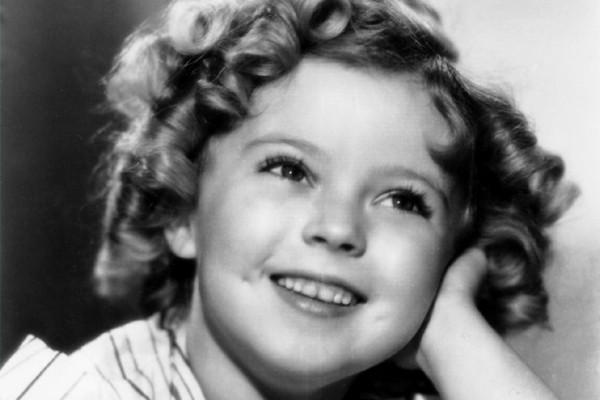 Dimples, dancing and curls bouncing, Shirley Temple was America’s top box office draw during Hollywood’s Golden Age. From 1935 to 1938, she was bigger than Joan Crawford, Clark Gable and Gary Cooper, and she received more fan mail than Greta Garbo. The little curly top was even credited for saving Darryl Zanuck’s butt and 20th Century Fox from bankruptcy.

FDR once said, “As long as our country has Shirley Temple, we will be all right. When the spirit of the people is lower than at any other time during this Depression, it is a splendid thing that for just 15 cents, an American can go to a movie and look at the smiling face of a baby and forget his troubles.”

Temple danced with Bill “Bojangles” Robinson in two 1935 films. Their tap dance on the stairs in “The Little Colonel” became a joyful slice of American history and it happened at a time when it was extremely rare for movies to cross the racial barrier. The black and white dancers even held hands, which was a step forward during that time of deep racism.

Temple’s mother, Gertrude, sculpted her little girl’s hair for every movie and made exactly 56 curls for each hairdo. She is the most famous child star of all time and, happily, she steered clear of the typical pitfalls. It was her mom who made sure fame didn’t spoil her daughter.

I once interviewed Gerard Butler and asked him how he got his child costar to cry. He boasted that he knew how to scare him.

Shirley Temple could cry on cue. As an adult she said, “I guess I was an early method actress. I would go to a quiet part of the sound stage with my mother. I wouldn’t think of anything sad, I would just make my mind a blank. In a minute I could cry.”

There was one time when a director sent her mother on an errand and then got Temple to cry for a scene by scaring her. When her mom found out she was furious. “She never again left me alone on a set,” Temple said.

In 1943, when Temple was 15, she met John Agar, an Army Air Corps sergeant. Two years later they were married and had a daughter named Linda Susan. The marriage went south due to his drinking. Temple divorced him in December 1949 and maintained custody of their child.

One month later, she met and soon married businessman Charles Alden Black. It was 1950, the same year she retired from the movie biz and changed her name to Shirley Temple Black. They remained happily married until his death in 2005. Together they had a son, Charles Alden Black, Jr., and a daughter, Lori Black, and they raised Linda Susan together.

In 1988, Temple Black published an autobiography called “Child Star.” It describes a mostly happy childhood, but a few exploitative studio execs here and there and one creepy visit to MGM. She had left 20th Century Fox at the age of 12 and went to meet MGM’s producer Allan Freed. Freed unzipped his pants and showed her his genitals. She’d never seen a naked man before. When she giggled, he got mad and threw her out of the office.

Bartenders still serve the sweet nonalcoholic drink named after her, made of ginger ale, grenadine, and a sweet maraschino cherry on top.

Allan Dwan, who directed her in 1937’s “Heidi” and the following year’s “Rebecca of Sunnybrook Farm,” once said, “With Shirley, you’d just tell her once and she’d remember the rest of her life.” Dwan said, “Whatever she was supposed to do, she’d do it and if one of the actors got stuck, she’d tell him what his line was. She knew it better than he did.”

Here are some of her film highlights:

Temple Black is also known for her years in public office. She was a diplomat and served as a member of the U.S. Delegation to the United Nations under Nixon. She also served under presidents Ford and Reagan.

She once said, “Politicians are actors too, don’t you think? Usually if you like people and you’re outgoing, not a shy little thing, you can do pretty well in politics.”

She died peacefully in her home surrounded by family. She was 85.