YOUR RUBBER DUCKY COULD SPREAD THE PLAGUE LIKE TYPHOID MARY

Even if everyone hasn’t had a rubber ducky of their own, they know what a rubber ducky is.  It’s a cute staple that should be in every kid’s bath growing up.  Some of them squeak loud when you squeeze them.  For the most part, they float.  But that’s still true even when you let them suck in water that you can then squirt out, making your parents scramble out of the way and do clean up.  That’s normal bath time clean up, over and over again.  But science says these perfect childhood friends may just be a toxic danger.  In fact, a rubber ducky is practically a typhoid Mary.  These bath time friends are really a self-contained petri-dish containing a host of “potentially pathogenic bacteria.”  Can you say eek?

But all of this is, of course, the result of a real scientific study.  It was done by quite the collaborative research team.  The team was made up of members from the University of Illinois, ETH Zurich and the Swiss Federal Institute of Aquatic Science and Technology.  Yes, that’s quite a team!  They published their findings in the journal N.P.J. Biofilms and Microbiomes.  That sounds impressive, but I don’t even know what the title of that publication means!  The research team collected 19 real bath toys, such as rubber ducks, from five Swiss households.  They compared those to a control group, which is the normal routine in most studies.  There’s always a control group.  But what they found sounds pretty darn scary.  The real bath toys had as much as 75 million bacterial cells per square centimeter, all on the interior surfaces.

Guess what those bacteria numbers compare to in terms of density?  Human poo.  Doesn’t that sound just lovely?  The toiet seats that we use are actually much cleaner.  Like, crazy cleaner.  They have only 50 fecal bacteria per square inch.  That’s a lot less bacteria over a larger area.  Note: inches are bigger than centimeters.  So if you have kids, keep this in mind.  Well, actually, if you are an adult and have a rubber ducky all to your own self, remember this too.  Everytime you squirt water from a rubber ducky into your face, it’s like squirting poo.  In your face.  So if you’re not into that thing, it may be time to part with the rubber ducky.  And if you have kids, your only sort of option is to boil the rubbery ducky after each use.  But any bacteria that survive that will only be….stronger.

Bye, bye, rubber ducky!  You really are a typhoid Mary! 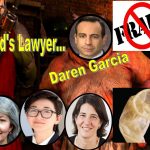