For certain ’90s music fans, the Brit genre known as “shoegaze” holds a special place in their hearts. With guitars roaring over sweet melodies, it was pretty much pioneered by the Cocteau Twins and then perfected later by My Bloody Valentine and Ride.

Like MBV, Ride reunited recently and deigned to grace us Yanks with their roaring presence once again. 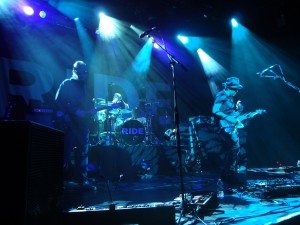 Their U.S. tour brought them to Irving Plaza for two nights earlier this week (Monday and Tuesday), and it seemed like guitarists/vocalists/songwriters Mark Gardener and Andy Bell had put aside their long-standing differences, at least temporarily. After the spooky regal intro music of John Barry’s “Space March” (from the 1967 James Bond film “You Only Live Twice”) and the industrial chugging noise of This Mortal Coil’s “FYT,” Ride appeared in front of huge banks of guitar pedal effects, which turned out to be the real stars of the show.

Wisely concentrating its set on its classic first two albums (1990’s “Nowhere” and 1992’s “Going Blank Again”), Ride hit the ground running with “Leave Them All Behind,” one of its most-endearing and dreamiest tunes and kept the momentum going with the stomping “Like A Daydream.”

And it went from there — “Seagull” sported a neat rave up, cheers greeted the familiar guitar-ringing intros to “Cool Your Boots,” which the band jammed out on, and “Twisterella” (both from “Going Blank Again”). The beautiful, catchy “Time of Her Time” got a revved-up treatment here, while cheers also went up for “Vapour Trail” as Bell, sporting a cool pair of dark shades, dedicated the song to “anyone who hasn’t seen us for the first time.”

The main set closer “Drive Blind” turned into a feedback extravaganza in the middle of the song. For a three-song encore, Ride went out on the endearing, sweet “Today,” the soaring “Mouse Trap” and the breezy, driving “Chelsea Girl” (from their debut EP).

As hummable as everything was, you definitely needed a good pair of earplugs to survive the sonic screeching onslaught. And as adorable as the melodies were, it was the gobs of effects that turned Ride’s instruments into strange noise factories that made them so unique and divine. 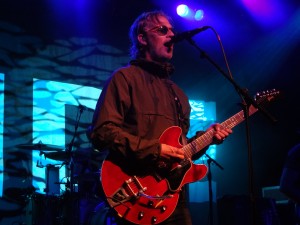 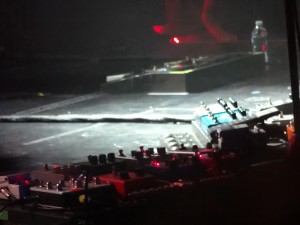 Thanks, lads, now, how about some new music? Also, can you get your shoegaze sisters/brothers Lush to reunite and maybe have Chapterhouse and Slowdive come through the States again for some dates? Better yet, hook up with all of them and MBV for a shoegaze festival — we Anglophiles would be in heaven. 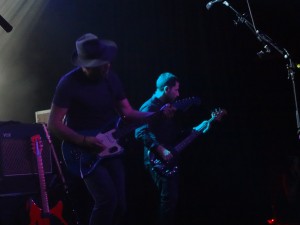 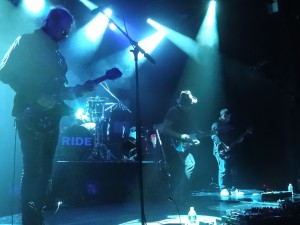 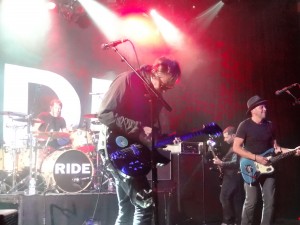 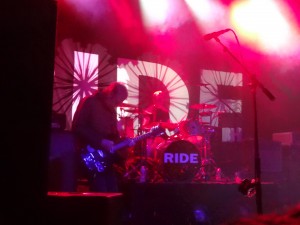 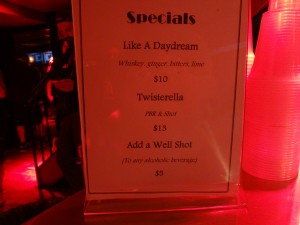