Leon left after the 1991 EP “To Mother” and was replaced by Maureen Herman for the band’s major-label debut, 1992’s “Fontanelle.” The band rode the 1990s alt-rock tsunami, complete with a stint on 1993’s Lollapalooza tour and two more albums: 1993’s “Painkillers” and 1995’s “Nemesisters.” Bjelland and Barbero also appeared on 2001’s “Songs of the Witchblade,” a companion album to the “Witchblade” comic book.

The year 2015 brought Bjelland, Herman, and Barbero back together for a reunion tour, though Herman recently departed and has been replaced by Clara Salyer.

When Babes in Toyland took the stage for a muscular set at Irving Plaza Sept. 17, Millennials bobbed up and down singing along to songs like “Vomit Heart.” Bjelland’s hair is now jet black, and the Rickenbacker has been replaced by a Gibson SG, but her wild-eyed, bile-spewing stage presence is unchanged. Offstage, she is soft-spoken, a contrast to the gregarious Barbero. They finished each other’s sentences during a pre-show interview, and it’s as if an interregnum of a decade and a half never happened.

Robin Cook: It’s been about 20 years since you’ve played together, right? What have you been up to in the meantime?

Kat Bjelland: I put out two records with Katastrophy Wife, and I did the soundtrack to “Witchblade,” which took two years, that the beautiful Tim Carr arranged. He’s not with us anymore.

Tell me about the “Witchblade” project. Are you a comic book fan?

KB: Not particularly. [Carr] just had this idea there’d be a soundtrack to a comic book, which has never been done before, and it’s really difficult. He helped me and got different musicians to do each character, their personalities. And Lori played on it.

LB: I was in the Koalas and Eggtwist. Eggtwist for just like two shows. The Koalas for at least a year. Pretty much I lived down in Austin, Texas; I was down there for seven years.

Kat, I have a question about your singing style. You often start out very light and melodic, followed by a scream. How did you come up with that approach?

KB: I don’t really know. It just comes out.

LB: It’s the way she thinks and rolls.

KB: Yeah, that! [laughs] I start out singing loud at first … I just developed it, you know, “Angry! Happy!”

I understand that you were a Kiss fan. I can actually see some similarities between you and Gene Simmons. You both have these larger-than-life onstage personas.

KB: He’s my favorite! The God of Thunder!

Lori, who influenced you?

LB: Patti Smith, just anyone who’s strong and just didn’t give a shit and just did what they liked doing and didn’t care what anyone thought. There’s so many bands, they don’t do what they are really naturally good at doing as they were on stage. Just kind of do the way that they think they’re supposed to. And it’s not really real. And I can feel it, that people are trying a little bit. Or even not trying. Just, “Go home, and go to bed!” There’s so many strong people out there. Not even only musicians that influenced me. My grandmother influenced me. Both my grandmothers, they’re both so wise and strong and independent.

Kat, you started playing in your uncle Dave Higginbotham’s band, didn’t you?

I’m curious. I know Lori is a native of Minneapolis. You’re from Oregon, right, Kat? What brought you to Minneapolis?

KB: I went from Oregon to San Francisco. And then I was running away from a person in San Francisco. And I really liked The Replacements a lot. I thought that scene has a good music scene there. I had friends that lived way up north, so I thought, “Well, I’ll just go up there, and I’ll make my way down.”

What’s the music scene in the Twin Cities like today?

LB: There’s a really, really great flourishing music scene because we have winter six months a year. So there’s nothing. Great artists — artists, painters — they’re unbelievable because in the wintertime, that’s all you can do is be creative. There’s just great music right now, always has been.

What’s it been like for you to play shows after all these years? Does it feel like you’re picking up where you left off?

KB: To me, it’s way better. I can’t remember that far back, but to me, it just seems way better.

LB: I think we’re just more focused. I think it’s because after all we’ve gone through and all the changes, partly in our personal lives and each other and everything, that we just kind of are really grateful and more respectful. When you’re young, you just kind of take things for granted. I don’t think we really ever did, but I just think that we’re more mature, and we are obviously more grateful and just humbled, and it just means a lot more to us, and we’re more focused, ’cause we’re older, and we just know that this is what we want now.

I hope you don’t mind my asking, but what happened with Maureen Herman?

LB: It just didn’t work. It was a relationship. We wish her the best. She’s a good woman, and we love her.

Are you planning to record any new music?

LB: I think that after we’re done with these shows. We wanted to go on tour with our original songs, because I don’t think if we went on tour and all of people have never got a chance to see us, and we whipped out a new album, they wouldn’t be very happy about that. After we do our first leg of tours throughout the States, then we can write a new record.

Babes in Toyland will play in Philadelphia Oct. 22. 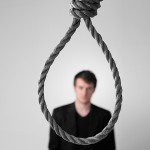