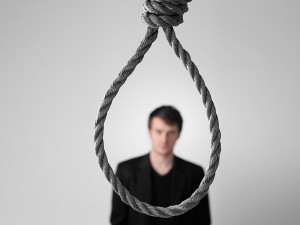 We don’t talk about Crazy People Club. We are talking about letting friends commit suicide while you are watching.

Which is to say, that I try to never talk about my sophomore year of high school. I’ve done what I can to keep all names out of this but my own, for the privacy of everyone involved. If it gets confusing, I apologize.

The basic story is this: A friend makes the decision to kill himself. No one ever really knows why and there may not even be a reason. Our school reacts by refusing to mention the event after the aftermath has been cleaned up. The aftermath included us. The friends left behind. Most of us were put in a mandatory counseling session with a grief counselor. One of us was sent, on two occasions, to counseling wards for PTSD. I somehow skated by the administration for the most part. There was a moment where I thought they were going to put me in the counseling sessions or send me away, because I wrote a story. This story was too close to what had happened, and rather than understanding that it was my way to deal with everything, they decided that they had to ‘talk’ to me about why they were concerned for me. Something about how I shouldn’t have written something like that on school time and romanticizing suicide. I didn’t really listen, just spent the whole time apologizing, saying that I understood, but really it was just an idea I had kicking around and it made sense for the assignment, and okay it was probably influenced by what happened but why do they need to think I’m going to kill myself just because I wrote a short story based in letters? From the point of view of someone left behind? because I wrote what I knew?

Looking back on it, the whole thing was a lot more influenced by my life than I’d admit at the time, but it was also pretty heavily influenced by what I’d been reading as well. Which was influenced by recent life events. I’ve since thrown the thing out, don’t even have an electronic copy saved anywhere. And I save all of my writing, because I don’t ever really want to lose any of it. Even the terrible poetry. The really terrible poetry.

All of that was pretty standard, really, for a town of two square miles in Bergen County, New Jersey. The not talking about it was something that always happened there. A group of kids died while driving drunk, we put up a tree in the courtyard and never talked about it again. A kid kills himself by jumping off the roof of the school in February, and we never talk about it again except in vagaries because we might be glorifying it. And then there would be copy-cats.

The death of a 17 year-old student with an incredibly bright, likely Ivy League future is a tragedy no matter how it happens. Suicide is a complicated beast though, because a lot of people react to it like it was a personal betrayal and everyone is afraid that there will be a wave of suicides after, like it’s some kind of natural disaster or a war. The thing no one ever really tells you about dealing with the suicide of a loved one, though, is that the way you deal with it becomes entrenched into your psyche in the weirdest way. Sure, you never really get over it, and yeah you become sensitive to the topic, but if you respond by blaming someone else and refusing to talk to them, you will never talk to them again. Even if you get over whatever it was that made you blame them, you still hate them for reasons you can’t really justify. Sure, you can try to justify it, but the reasons always fall flat. I have two friends, both of whom were my best friends at the time, who were very very close to the friend who killed himself- they don’t talk. They don’t want to be in the same room with each other, and that behavior has stayed since the day after we found out what happened. I barely see one of them, because the complication of keeping the two of them apart had fallen to me, because I had been the ‘stable one’ and so I had to try and keep one from doing something stupid and keep her away from the other.

To this day, I will threaten bodily harm to anyone who says that they’d kill themselves after they finished an artistic masterpiece just so they couldn’t go on and ruin it somewhere down the line.  Weirdly enough, this happens more often than you’d think when you go to art school. It’s not something I can deal with people threatening lightly. I’ve had my problems with depression and sure, I’ve thought about how much easier my life would be if I just stopped living, but 1) my life wouldn’t be easier because I just wouldn’t have a life anymore and 2) I know I could never do it because I know how each and every person I’d be leaving behind would look. I guess that’s a blessing. Doesn’t ever really stop me from thinking ‘maybe I shouldn’t turn the steering wheel this time,’ but it does keep me from doing it.

The only advice I have, after all of this time, is to talk to someone. Maybe not your school guidance councilor, but someone. The biggest mistake I ever made was not talking, because it is now the theme of my life. I have a list of all of the things I never talk about, and it just gets longer each year. 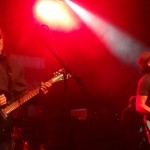