Putting on a Broadway musical isn’t just a matter of writing a few songs and a script (the book for you theater majors) in a few weeks and renting a theater. The composer, lyricist and playwright take months to put everything in place just to be ready for workshops, which are best described as beta-testing. What works and doesn’t work, what actor can or cannot play the part, all of it is up for revision. And the revisions can take some time. It can literally take years for opening night to arrive.

All of that costs money, and Theatremania.com says, the price now “is now typically between two to three million dollars for plays, seven to ten million for a mid-size musical, and in excess of 12 million for a large-scale musical.”

Naturally, theater investors want a sure thing, and that means tried and true shows. That’s why there are so many revivals; if it played well years ago, we can make a profit now. And that conservative approach spills over into content. Yes, we have shows that take on gender stereotypes, race and religion, but there is still a resistance to some subject matters.

Cindy Sibilsky is a producer (that is, she raises the money to put the show on), and she wants to do a musical based on the book “The Happy Hooker,” the 1970s multi-million seller by Xaviera Hollander. It’s her memoir about being a call girl and madam. That’s over the line for a lot of theater investors.

So, Sibilsky has decided to go hunting where the ducks are, and she’s turned to the sex industry for financial backing. She’s had discussions with Dennis Hof, owner of the Moonlite Bunny Ranch, a legal brothel in Nevada and setting for the HBO series “Cathouse.”

“I met Dennis Hof at the launch of his new book, ‘The Art of the Pimp’ held at the Museum of Sex; [he] has since then become a sponsor for ‘Happy Hooker the Musical,'” Sibilsky told TheBlot Magazine about her move away from traditional theater investors. “Dennis is a smart businessman, straightforward, no bullshit, but also very open-minded. He wanted to know what the musical was about, the story. He laughed aloud several times, and then said with a warm grin, ‘That’s like my girls! They’re all happy hookers! How do you see the Bunny Ranch and myself involved?’ And now I’m going out to Nevada this weekend to see the Bunny Ranch in action and figure out just that with Dennis himself.”

Her connection with Hof led to other contacts in the sex industry, not least of which is porn star Ron Jeremy. “I met Ron Jeremy at Hof’s book launch, and we hit it off immediately!” she said. “I can honestly say that he is one of the kindest, funniest, and most generous people I have ever met. I’m proud to call him a dear friend. Ron has bent over backwards to help me with ‘Happy Hooker’ in a most sincere way. He has really pushed the show to Dennis Hof, among others, and also connected me with Lou Peraino of Peraino Entertainment. Lou Peraino III comes from of a long line of entertainment producers and is heir to the ‘Deep Throat’ legacy. He has also expressed initial interest in the musical.”

Sibilsky was so taken with Jeremy that they have worked out an agreement for him to appear in an acting role in the show. “Contrary to what most people might assume, Ron began his career as a legit actor, and that’s where his heart and true talent lies,” she said. “I am excited to have the ‘legit’ world see his comedic skill and charm as a performer.”

Does the show have a chance of making it to the Great White Way? Well, like all shows, it’s an uphill battle, but Sibilsky should take comfort from the 1970s show “The Best Little Whorehouse in Texas,” which closed after more than 1,500 performances — and it didn’t have Ron Jeremy in it.

Click here for more information about “Happy Hooker the Musical.” 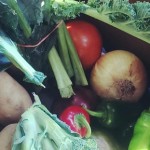 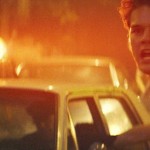