So I’ve heard all sorts of crazy stories about teachers doing stupid or crazy things.  Shoot, in one of my schools, a teacher took a gun out of the drawer and put it on the desk to get their attention.  And yes, that ended with a straight jacket exit.  But while this story isn’t as scary, it’s pretty darn bad.  And yes, he got a pink slip, lost his job, as he should.  His name is Richard Glenn.  The 55 year old was with students on a school trip to Costa Rica.  While that sounds amazing, it took a bad turn.  Glenn drank too much and took his students to a strip club.  And no, not all of them were 18.

Read More: Now, It Seems Traffic Noise is Deadly, Too

YES, YOU GET A PINK SLIP FOR THREATENING STUDENTS, GETTING DRUNK, ON SCHOOL TRIP TO COSTA RICA

Glenn teaches, or taught, information technology at an upscale private school in Northumbria, England.  He got his pink slip for a number of things, aside from being a drunk and taking kids to a strip club.  He also threatened some of the students, though we’re not sure yet on all of those details.  At a minimum, he said he’d kill one and kick the head in of another.  Why?  We just don’t know yet.  But after being aggressive with one student, he then kissed him on the forehead saying, “you’re all right.”  Hmm.  That pink slip couldn’t happen any faster, eh?

BEYOND A PINK SLIP, TEACHER GETS 3-YEAR BAN FROM TEACHING ANYWHERE

So Glen immediately went home after these antics.  He also admitted gross negligence and faces a 3-year ban from teaching.  But that’s it?  3 years?  Because he did so much more to earn his pink slip.  He drank alcohol with his students, some of whom were under age.  He was aggressive to the woman leading the trip when she tried to help him back to his camping tent.  Oh, and he did some exposing of himself to a woman in their shared hotel room.  But it wasn’t “malicious or sexually motivated.”   Hmmm.  That one needs more clarity, wouldn’t you say? 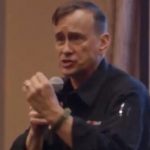 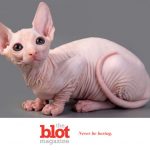