The slow-roasting beef between Kanye West and President Barack Obama might be over before it really stared, and that’s just too bad. But maybe more important than the president’s tiff with the rapper-turned Madonna-plus-Prince hybrid’s declaration that he talks with the president and that Obama calls him at home, is the chief executive’s ongoing courtship of cool and his sometimes-awkward relationship with celebrities as the first “Social Media” president.

Obama refuted that he has Kanye’s number or calls him at home during an appearance last week on “Jimmy Kimmel Live!,” finally giving us the answer to this burning question. And thank goodness, I couldn’t have held out for much longer. It turns out the president and West are not BFFs, as Kanye indicated with his Barack with benefits comments.

On Tuesday “TMZ” reported that following a breakfast in Los Angeles — with Kanye and wife Kim Kardashian in attendance — where Obama spoke about influential celebrities helping to get people out to vote, the president expressed desire to continue their conversation, and a White House staffer did reach out in October.

Case closed, controversy over. Whew, I was going to suggest bringing Carl Bernstein and Bob Woodward out of semi-retirement, filing a Freedom Of Information Act (FOIA) request for White House phone records. Any and all efforts had to be made to get to the bottom of this pressing and crucial question.

But not so fast, this is far from over.

An Obama staffer calling Kanye doesn’t answer the question of what the heck would the president want to talk to him about — famous-people problems? Chicago sports teams? Do they talk regularly? Does Kanye really have the president’s number, as he’s claimed that he can “call Obama out of the blue?” What would he advise the most powerful leader in the world about? He would probably make a terrible advisor on anything except flashy pastel colors and courting controversy, two things Obama could probably live without.

As the first “social media president,” Obama courted celebrities popular with young people to get elected and has engaged with the public in many ways, most recently with Kimmel for the most popular edition ever of the show’s “Mean Tweets” segment, during which famous people do just that, read mean tweets about themselves on air. The Obama edition received 17.6 million hits since airing March 12.

As many have commented, this flirting with celebrity and engagement through social media has been part of Obama’s great success and meteoric rise to the White House, though not everyone is a fan.

Not surprisingly, on “Jimmy Kimmel Live!,” Obama struck a conciliatory note about Kanye, as to not totally alienate a man with more than 11 million Twitter followers. “I love his music,” Obama said. “He’s incredibly creative. I don’t think I’ve got his home number.”

The simple explanation as to why Obama reached out to Kanye and Kim and curries favor with celebrities, as seen below in this Twitter picture posted to Kardashian’s page, is that he continues to court cool by being down with celebrities.

But this can be a dangerous dance, especially with someone as opinionated and mercurial as Kanye. West and Obama have had had minor squabbles before, like when the president called him a “jackass,” but POTUS and West seemed to not hold any grudges after this picture was posted in October.

Or maybe Obama is actually distancing himself from West as the former rapper has become so toxic and controversial that the president can’t touch him with a 10-foot pole?

Republican leaders, no doubt, would use any contact with the egomaniac to their advantage and likely delay some esoteric forest-funding bill by speciously tying it to the president’s shady or untrustworthy advisors. I can already see Senate Majority Leader Mitch McConnell saying it now. They will try anything once to delay an action, as evidenced by the holdup in passing the Justice for Victims of Trafficking Act which is somehow tied up in the never-ending abortion debate.

So what have we learned? Do the president and Kanye kibbutz regularly? Are they close?

Yes, well, actually, no not really. What the interaction between the entertainer and president really shows is the increasing importance of staying relevant through social media and by being down with cool celebrities, though it might not be easy to replicate. For some reason, I don’t see Hillary Clinton, should she be the next president, hanging with Iggy Azalea or taking selfies with any of the Karadashians … and that’s just too bad for the rest of us able to sit back and watch the show. 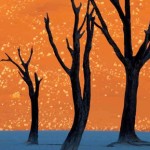 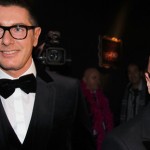