Is it real or is it Photoshopped? If you like having your mind blown by “Believe-It-Or-Not” imagery, get ready to flip your lid, because these 10 images are so stunning in their reality, you won’t believe they exist.

Deceptive, overgrown, artistic or abstract, these images come from all over the globe, a collection of the wildest visual ideas you’ve never even thought possible. When you get out from behind your computer, it’s amazing what you’ll find hiding in plain sight. Imagine what these look like in person! The world is an amazing place, and these images are amazing to take in on The Blot Magazine. 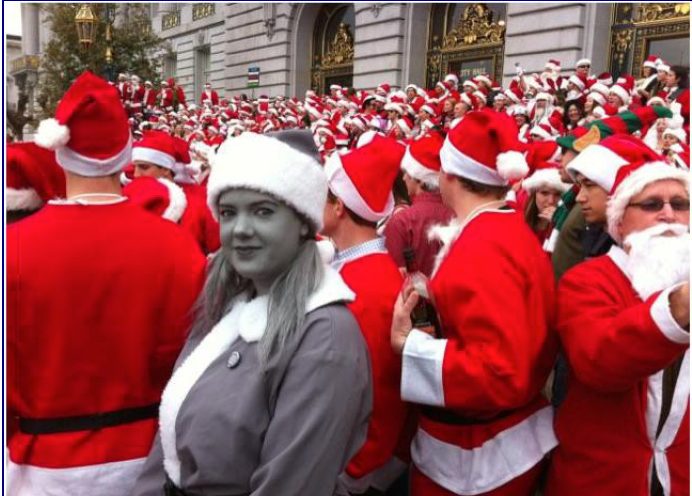 Obviously, people don’t really walk down the street in black and white, unless you are watching a real, really old (or cheap) TV set. Especially a Santa Claus impersonator, who’s outfit couldn’t be more red. At least they were before Brody S. of Berkeley, Calif., showed a darker side of Santa Claus that is both original and 100 percent authentic. Taken at SantaCon”in San Francisco, she calls it “Desaturated Santa”

“It’s easier, faster and cheaper to use a green screen, to use Photoshop to desaturate or to add crazy color,” she wrote on her blog, “but I’d rather travel, sew and paint, or get naked and bodypainted any time.”

He Only Has 34 Fingers and Toes 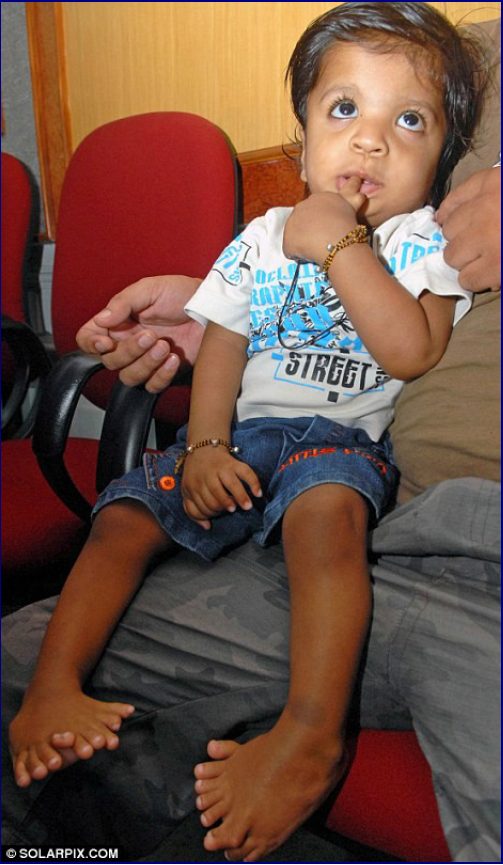 I thought I had a problem with a wicked hangnail!

With seven fingers on each hand and 10 toes on each foot, Guinness World Records has confirmed that young Akshat Saxena is the new world record holder for being born with the most fingers and toes. This beats the previous record of 31 total digits held in China by a child born with 28 fingers and toes. The strangest part is with seven fingers, Akshat has no thumbs, so not only will the extra parts be removed, but doctors are looking to construct proper thumbs from what is left! So far, his surgeries have gone well.

The condition is known as polydactyly, a genetic disorder which can cause a child to be born with many more fingers and toes than normal people have. Usually, the extra digits appear on the pinkie-finger side of the hand. All reports indicate Akshat will become a pretty normal kid when he grows up. 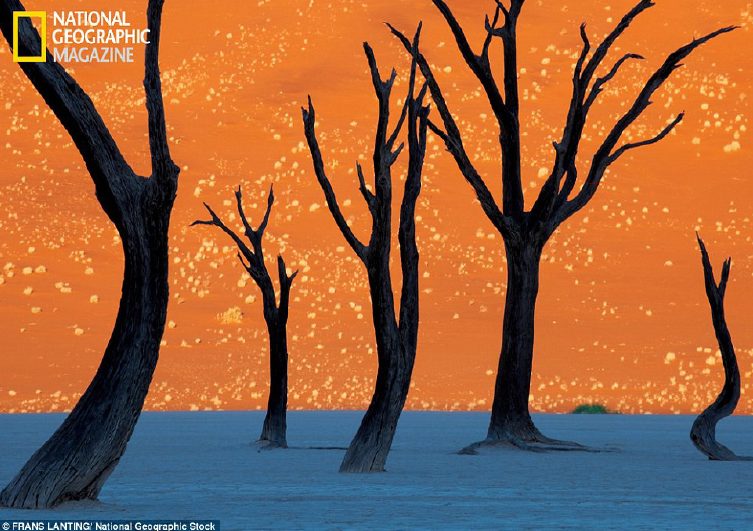 Imagine a bright morning sun blessing a sweeping natural landscape, casting a warm glow over the grass and sand dunes nearby. Camel thorn trees nearby have not reached the brightness of a new day and sit in the shade, awaiting their time in the solar orb’s rays. All with a color so sharp and inviting that you won’t believe your eyes.

Somehow, that description shouldn’t create this image, in your mind or in reality, but it is a way of life in Namib-Naukluft Park located in Namibia. If the sun hits this area at just the right angle and time of day, this park image is really what you get, and it was featured in National Geographic in 2011. This visual effect in this area is not a common occurrence, but once is all it took to make a magical photo come to life.

Your Bedroom is Cloudy with a Slight Chance of Rain

Seeing smoke inside a room is not uncommon at all. Seeing a cumulus cloud formation is pretty unique, though, I’d say. Berndnaut Smilde has an original take on the atmosphere and what you can expect, indoors or outdoors. The artist is famous for creating clouds, anywhere.

There are some caveats to this phenomenon. They only last seconds and are created with a fog machine, but last long enough for a picture. Smilde then regulates the humidity and room temperature to optimize cloud formation. Theoretically, this is something he can do in any room, if he can control those factors, and keep any gusts of wind to an absolute minimum.

Smilde is mostly working Europe right now and just loves the idea of doing things nobody else can with weather and photo design. Considering how short this smoke-and-mirrors effect lasts, he must be quick on the draw with his camera shots.

What’s Up, Doc? Your weight for one thing! 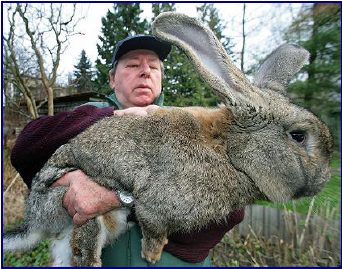 Bunnies are known for being cute, agile, sexual and fairly harmless creatures. That description doesn’t seem to fit these behemoths, who are being bred to mass distortion in Germany by retiree Karl Szmolinsky.

The average rabbit grows to be about 2kg, at the most. Szmolinsky only wants to make them into small dinosaurs, reaching over 10kg in size, and setting records. The rabbits get to be so large that they are bought as a form of cattle for food. The super rabbits are good for 7kg of meat apiece and can easily feed eight people each! North Korea is one of his best customers, taking in a dozen to set up a breeding farm. Szmolinsky makes thousands of dollars every year with his very unique breeding business.

That must be one hell of a pet flight container! Imagine if the rabbits get nervous and jump during the flight across the world?

What if Scooby-Doo was a Dogaroo? 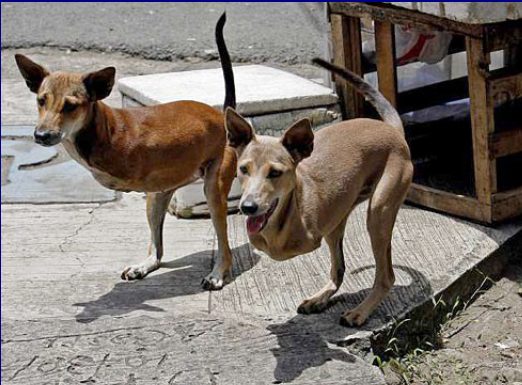 Known for a very high percentage of people with both male and female sex organs, this photo comes out of the Philippines. There you are likely to see things you may not see elsewhere in the world. Leave it to the Philippines to come up with this less-than-conventional take on man’s best friend. Meet Cute and Bambi.

Cute and Bambi belong to a Quezon City street vendor by the name of Lope Tulipas, and they have become quite the tourist attraction (the locals love them, too). They are the result of a genetic defect that gave them only two legs, and the defect is very rare, explaining why you have probably never seen dogs quite like these. They walk with their two legs like people do or hop around like a kangaroo (or is it a dogaroo?). Tulipas really attracts attention for his business with these two special canines. 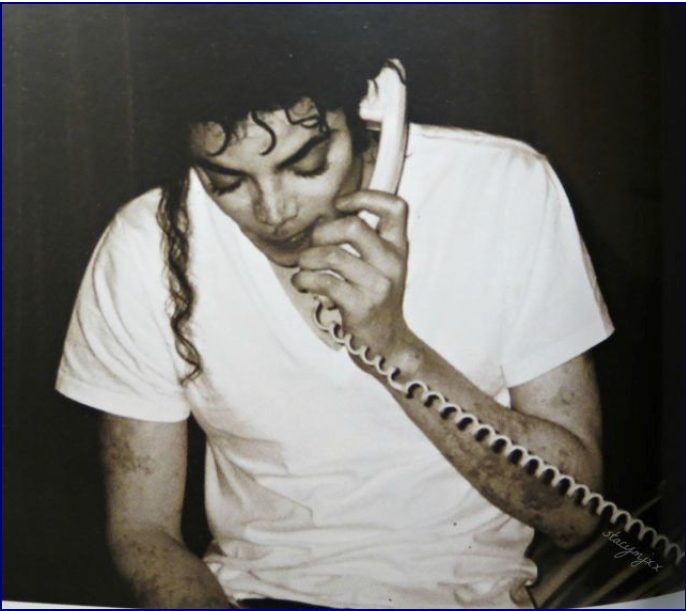 The late, great singing icon Michael Jackson had a glorious life of fame and fortune, but he also had many demons and troubles most people could never imagine going through. Take his skin transformation, for example. It seems he was just a guy with immeasurable talent and bad skin, like many of us.

As we all have seen, Jackson had a very dark brown, natural skin color when he was making three No. 1 songs in the United States as the lead singer of The Jackson 5 in 1970-1971. He mostly kept that color through his entry into his solo career in the early ’80s, but by 1987, his “Bad” album cover showed him almost white in skin color. The disease Vitiligo caused the transformation, and this photo proves the damage it caused, as you see him without makeup. Blotches of dark skin are all that remain of his original design. Vitiligo causes small-to-extensive skin damage when pigment cells die. Less than 1 percent of the world suffers this disease. 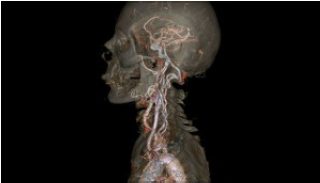 Technology has come a long way in the last century. The X-ray was discovered in 1895. Great for seeing bones through skin, it was not as good at seeing the effect damage had on veins and arteries and soft-tissue injuries. Now with the computer technology available today, the X-ray will never be the same again with the latest wave of CT scanners.

General Electric has created a CT scanner, or computed tomography scanner, that takes images of the inside of the human body that has more detail and color than anything previously thought possible. It’s like you are inside the skin of a person, watching the human body work and how it was designed. The Revolution CT model delivers uncompromised image quality and clinical capabilities through the convergence of coverage, spatial and temporal resolution and will do it all at once. We’ve come a long way in 100 years. 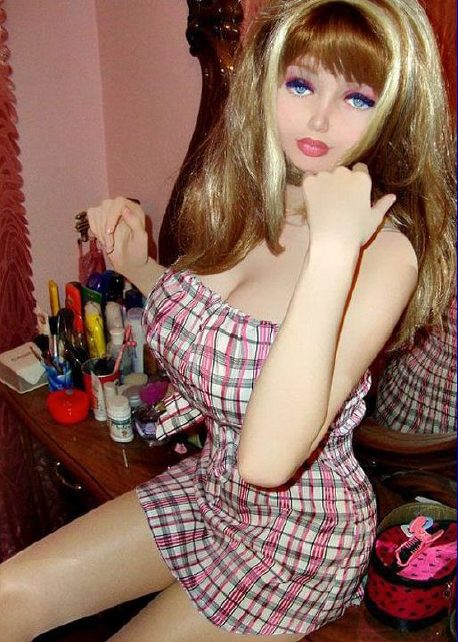 This may look like an actual Barbie doll, but this is definitely a real woman, Ukrainian Valeria Lukyanova, who has redesigned herself to look exactly like the iconic toy.

Word is Lukyanova’s not the only one with a severe Barbie fetish. This is the latest craze, and it is starting to head to Western culture as well. The man-hours, the amount of makeup and the wardrobe required to fit this look is extraordinary. It is a lifelong pursuit of their idea of female perfection come to life.

“Many people say bad things about people who want to perfect themselves. It’s hard work, but they dismiss it as something done by surgeons or computer artists,” Lukyanova told Jezebel.com. “This is how they justify not wanting to strive for self-improvement. It’s how they explain their continued inaction. It’s just an excuse. There are plenty of video clips on the Internet showing what I really look like. Some people even spread rumors about me and retouch my pictures to hurt me. But I don’t take them seriously. I’m even flattered! It’s what success is like. I’m happy I seem unreal to them, it means I’m doing a good job.” 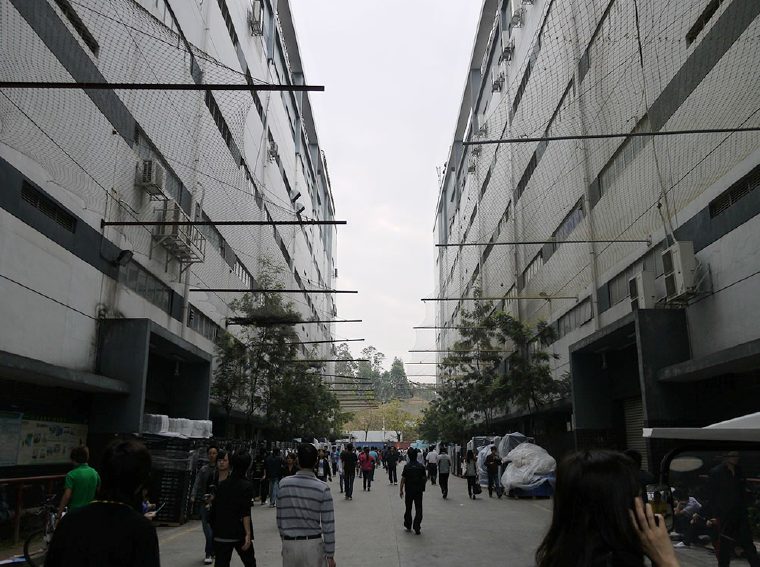 Foxconn factories in Longhua, Shenzhen, China, are very unique places in this world. They are the main producers of Apple products, like iPod and iPhone. They house hundreds of thousands of workers within its 1.16-square-mile facility, which includes 15 factories, worker dormitories, a swimming pool, fire brigade, its own television network (Foxconn TV) and a city center with a grocery store, bank, restaurants, bookstore and hospital.

And it has a history of so much worker discontent and sorrow that workers have literally jumped to their death out of desperation. The problem has gotten so bad that these nets are circling the buildings to catch any disgruntled employees.

Whenever conditions get too unbearable, workers threaten mass suicides. The pressure of living 24 hours a day with anywhere from 200,000 to 450,000 workers has driven some to madness. The “Foxconn City” or “Apple City” is the size of a small city and has suicide rates that are similar to a normal Chinese town. 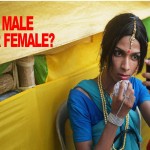 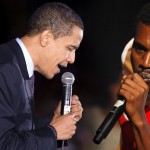